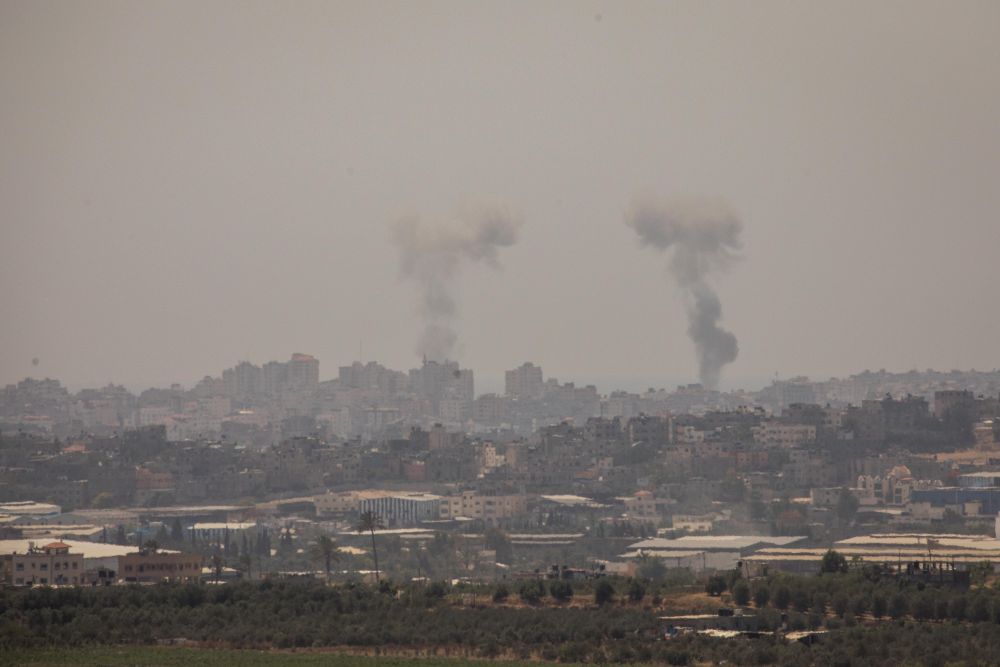 Israeli military stepped up its bombardment of Hamas sites in the Gaza Strip Saturday afternoon in an effort to erase the Hamas equation of “bomb for bomb.” The Israeli air raids sweeping from north to south hit 45 Hamas command posts, ammo dumps, tunnels, military compounds, a kite-cum-balloon workshop and a naval base, while Hamas launched 80 rockets against Israeli communities in reprisal. Iron Dome intercepted 15.  No casualties are reported on either side but the cross-border fire, described as the most sweeping in four years, has been ongoing since Friday midnight. Its continuation as the day wore on Saturday indicated that the IDF has not achieved its objective. However, armored and special forces are massed around the Gaza border ready to enter the Palestinian enclave if the situation deteriorates further. Hamas began shooting anti-tank weapons to meet this threat. DEBKAfile’s military sources report that, while both sides are trading heavy fire, both sides appear to be deliberately avoiding causing bloodshed. Israel’s air strikes are confined to unmanned Hamas sites, while Hamas rocket salvoes avoid populated areas, although they cause damage. The rules would change if Hamas turned its guns on IDF troops defending the Gaza border, staged extensive infiltrations of Palestinian terror squads, or widened its rocket targets to major towns in southern Israel such as Beersheba, Ashkelon or Ashdod. For now, the contest has not reached the level of a full-scale operation.
Meanwhile people living in the tense towns and villages around the Gaza Strip were cautioned to stay within site of shelters, stay off the beaches and avoid public gatherings, until further notice.