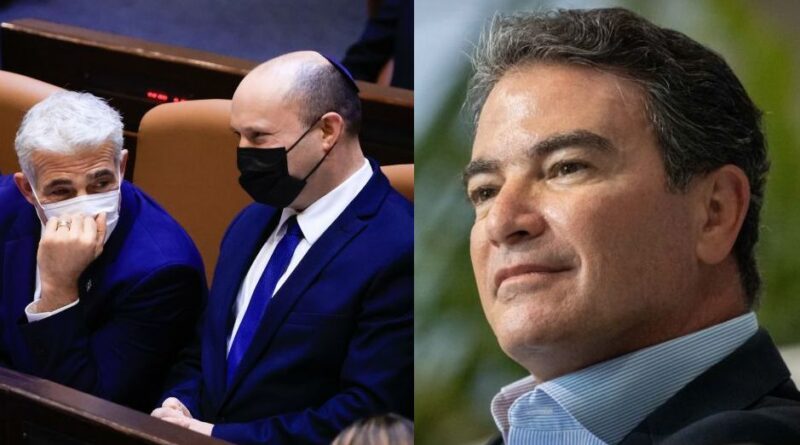 The dissonance among Israel’s leaders, alongside their bombastic solemn pledges against Iran gaining a nuclear weapon, is obstructing clear decisions on three cardinal issues:

These unresolved questions are the subjects of public arguments, political and personal, in the public domain. So who in fact should decide on answers, when the borders among the government’s mostly untried leaders are not clearly defined?

On Oc. 7 DEBKAfile revealed secret talks afoot among the US, Russia, Iran and Israel on a deal for Israel’s acceptance of Iran’s nuclear threshold state in return for US-Russian guarantees against Tehran leaping towards making a bomb. Our sources believed that Prime Minister Naftali Bennett was willing to abandon the taboo his predecessor Netanyahu had exercised against diplomacy with Iran; he appeared to be on the way to seeking the guarantees that were proposed from Washington and at his forthcoming meeting on Oct. 22 with President Vladimir Putin at the Black Sea resort of Sochi.

Judging by the way he speaks with two voices, Bennett may still be dithering between opposing positions.

In private conversation with German Chancellor Angela Merkel during her farewell visit to Israel this week, Bennett affirmed he may be heading down the diplomatic path. This contrasted with his speech on Sept. 27, before the UN General Assembly, when he declared that “Iran’s centrifuges are still spinning” and Israel was determined to stop them even if this meant acting on its own, are having “lost patience” with Iran.

Further confusion came from the two conflicting positions clearly laid out in public remarks by two former directors of Israel’s powerful Mossad intelligence service: Ephraim Halevi declared on Monday that Israel [Binyamin Netanyahu] had made “a grave mistake” in pressuring former president Donald Trump to leave the agreement [he 2015 nuclear accord] and “more or less remove US involvement in this aspect of relations with Iran.” Since then, Halevi said, “the situation versus Iran has become that much worse and brought Iran closer to a bomb.”
The next day, this view was challenged by his most recent successor, Yossi Cohen. Without naming PM Bennett or Defense Minister Benny Gantz, he strongly disputed their claims that Iran is close to becoming a nuclear threshold power. “The assertion that Iran is in a better situation than it was in the past is simply not correct,” he said, and added: “Iran’s facilities have less capacities for doing anything than they possessed in the past; and their international support has diminished.”
Cohen stressed that he had drawn his assessments from documents he had read two months ago when he ended his term as Mossad chief. This was a poke at  Halevi, who retired as Mossad chief 19 years ago and could not be privy to up-to-date intelligence.

Each of the two former spymasters had a distinct point to make in their remarks  As Mossad chief in the past year, Yossi Cohen masterminded operations designed to slow down Iran’s nuclear program, He was therefore strongly opposed to the Bennet government’s apparent drive for an accommodation that left the program intact. Efraim Halevi, in contrast, was keen to encourage the incumbent government’s opening to a new path of diplomatic engagement with Tehran. Cohen objected to this path since it would tie Mossad’s hands for further pursuit of such operations as sabotaging the enrichment plant in Natanz and the assassination of the father of Iran’s nuclear program, Mohsen Fakhrizadeh.

The other event complicating decision-making on Iran in Jerusalem was the setback faced in Washington this week by Yair Lapid, foreign minister and alternate prime minister. He discovered that Israel had missed the train on the Abraham Accords main objective. Whereas they were designed as part of a US-Israel-Gulf Emirates compact at the crux of an anti-Iran front, Lapid discovered that the Biden administration had found another use for this epic event.

The anti-Iran front is crumbling fast. With Saudi Arabia, the UAE and Jordan already on their way to détente with Tehran and its senior ally Syrian President Bashar Assad, US Secretary of State Antony Blinken explained to his Israeli visitor that the Abraham Accords were unrelated to the Iranian issue and must now serve to leverage a two-state solution for the Israel-Palestinian dispute. This was not what Lapid had come to hear. The last thing the inexperienced, hybrid Israel government is ready to face is fresh heat on the divisive Palestinian issue..