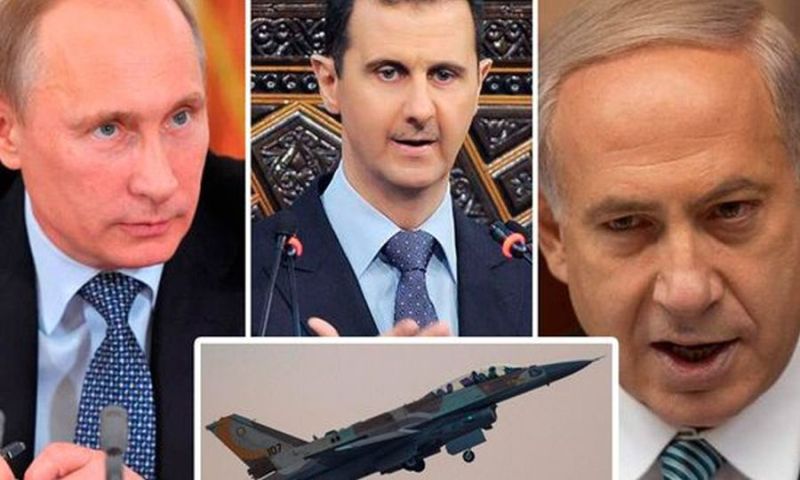 Sergey Naryshkin, Director of Russia’s SVR foreign intelligence agency, quietly slipped in and out of Israel last Thursday, Nov. 23. He carried an important message from President Vladimir Putin, whom he serves as a close adviser. The Israeli government should understand that, notwithstanding the Russian leader’s meeting with Bashar Assad in Sochi last week and the subsequent Russian-Iranian-Turkish summit, this trilateral group was not set up to harm Israel. Putin had not forgotten Israel’s security concerns regarding the presence of Iranian forces in Syria.

Therefore, Naryshkin explained, there was no cause for Israel to withhold cooperation from the de-escalation zone network which Putin had designed jointly with President Donald Trump. This network thrown across Syria would eventually merge into a single, overall non-combat zone covering the entire country. The de-escalation zones by their very nature would keep Iranian and Hizballah forces from coming anywhere near Israel’s northern borders.

Naryshkin conveyed this message to his Israeli counterpart, Mossad director, Yossie Cohen for passing on to Prime Minister Binyamin Netanyahu. Instead of an answer, Cohen surprised his Russian visitor by putting before him a message from Netanyahu, which he asked Moscow to deliver to President Assad. It was couched as an ultimatum: If Iran were permitted to set up permanent air bases in Syria, Israel would use force to prevent this happening. Not only would the Iranian presence be targeted, but also strategic and military props of the Assad regime. This was the strongest ultimatum Israel had ever put before Assad in the course of the six-year civil war.

On Monday, Nov. 27, Prime Minister Netanyahu called a special defense cabinet session to brief the ministers on the Naryshkin mission and the state of play with Moscow on the Iranian issue. The ministers were divided in their reactions: One group leaned towards holding back on the military option to give the Russian leader a chance, possibly in association with Trump, to come up with a stratagem for distancing Iran and its pawns from the borders of Israel and Jordan. A second group maintained that Israel could not afford to gamble on the two presidents pulling its irons out of the fire and must rely on itself. The IDF should therefore prepare for war in Syria.

Our sources report that, a few days earlier, Netanyahu confided in a briefing to a small group of advisers that, for the first time in the nearly seven-year Syrian conflict, a window of opportunity had opened for Israel to intervene and take care of its own interests. Until now, he said, the conflict had been a civil upheaval, for which Israel had no business putting in its oar. But now, with the conflict winding down, foreign powers were battling for control of the war-ravaged country. Iran and its Lebanese surrogate Hizballah were pushing the hardest. They had begun establishing a foothold by scattering small groups of officers in various parts of the country and keeping in place the Shiite militias originally imported form Iraq, Afghanistan and Pakistan to fight for Assad under the command of their Revolutionary Guards Corps (IRGC).

All in all, say DEBKA Weekly’s intelligence sources, Tehran has taken advantage of the fading ISIS presence to deploy in Syria some 2,500 Iranian army officers and commanders, many of them members of the Revolutionary Guards Al Qods external arm. A command and logistical infrastructure has taken shape piece by piece, ready for an intake at short notice of complete military units to be flown in from Iran. Tehran was now demanding from Damascus bases at key locations to accommodate a sizeable military infusion. Its first priority is for air bases, both to land troops and to house a fleet of air force bombers, fighters and assault helicopters. Iran planned to deploy air force contingents on foreign soil for the first time, thereby sharply reducing its dependence on Russian air support for Iranian and Hizballah forces on the ground.

Seen from Jerusalem, Iran is plotting a forward air force base next door to offer air support for a Hizballah attack on Israel – whether from Lebanon or Syria. Strategic targets and large population centers deep inside Israel would become vulnerable to hostile aerial bombardment. According to updated intelligence reports reaching the prime minister, izHizb

Tehran was bidding for Syria’s largest air base, T-4, the Tiyas Military Airbase, known also as Sharyat, which is located between Homs and Palmyra, and already serves Tehran for streaming supplies and manpower into Syria. Iran has big plans to expand T-4 into a base that is much larger than the small US tactical air base in northern Syria – or even the Russian Khmeimim Air Base in Latakia. Among other new facilities, a third runway would be added.

“If we don’t prevent the Iranians getting hold of this base, we have lost the campaign against their military entrenchment in Syria,” Netanyahu said.

DEBKA Weekly’s sources, who were present at the prime minister’s briefing, found him self-assured and fully confident in the abilities of the IDF today to strike Iranian and Hizballah forces in Syria and Lebanon and come out on top of the fray. His confidence in the IDF remained firm, even when he was asked how the IDF would cope in the event of Iran bringing over reinforcements from home through Iraq, or if the IDF was confronted with three fronts from Syria, Lebanon and the Gaza Strip.

On the international front, Netanyahu’s assessment was equally confident. He noted that US President Donald Trump and his administration had turned their attention away from the Middle East and were focused on North Korea’s alarming nuclear and ballistic missile threats.

The prime minister further estimated that if Israel went to war against Iran and Hizballah in Syria, Saudi Arabia and the emirates led by the UAE would be supportive. Last week, Netanyahu told French President Emanuel Macron during a telephone call that Israel views Iranian activity in Syria as a legitimate “target” for strikes. No objections were reported from Paris. In terms of international diplomacy, Israel would be better placed than in any former conflict, he maintained.

Nevertheless, Netanyahu disclosed that he had made every effort to resolve the issue without resorting to military action and threats. He had chosen to relay his warning to Assad via the Russians in the hope that Moscow would use its good offices to avert a conflict. Israel’s ultimatum was a last resort when the Syrian ruler ignored all former warnings addressed to him through a third party.