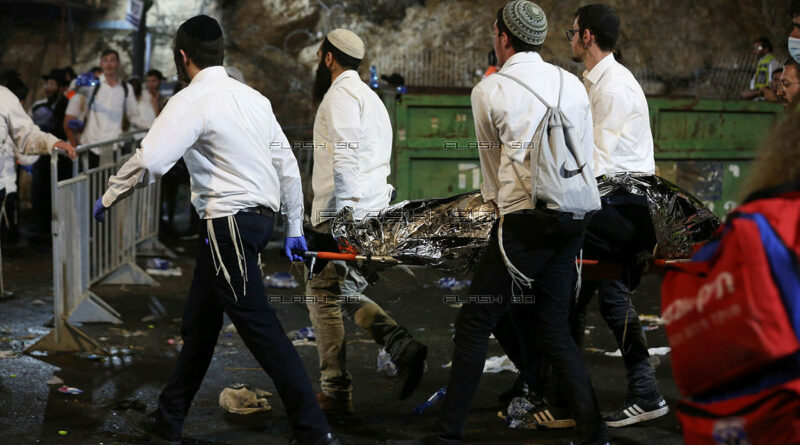 Flags flew at half-mast over public buildings in Israel and its overseas embassies on Sunday, May 2, in mourning for the 45 who died at the Lag Be’Omer celebration on Mt Meron on Thursday night. No cause for the deadly stampede at the mountain shrine dedicated to Rabbin Shimon Ber Yochai was noted. By Saturday night all the dead victims had been identified and the last funerals took place. Of the 150 people injured, 16 of the most serious remain in hospital. The Orthodox communities of Jerusalem, Bet Shemesh, and Benit Brak took the full force of the tragedy. A third of the victims were in their teens, the youngest aged nine. Two families lost two children. Six Americans as well as a Canadian and an Argentinian, who came for the annual celebration, the first major event since coronavirus outbreak, were crushed to death as more than 100,000 pilgrims jammed the narrow exit and were trampled on the single stairway.

Although the Mt. Meron shrine, dating from the 10th century, had been repeatedly condemned as dangerous for large audiences without major reconstruction, no limits were placed for this year’s Lag Be’omer pilgrimage. The joyful occasion ended in Israel’s deadliest civilian disaster.