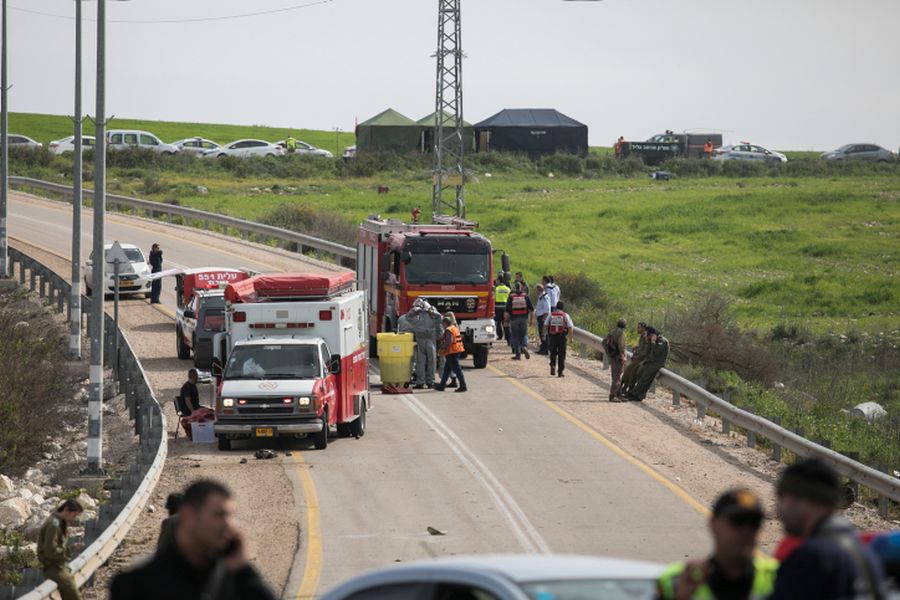 An aerial clash occurring between, Syria and Iran early Saturday Feb. 10, is ongoing. An Iranian drone was downed after entering Israeli air space from Syria. An Israeli F-16 was hit while attacking the Iranian launch pad.

The Iranian drone was downed over the Golan heading towards Tiberias. The incident triggered sirens in the Bet Shean valley as an Israeli Patriot and aircraft were scrambled to shoot it down. According to the IDF communique, the Iranian drone was successfully intercepted by an Apache combat helicopter and The drone was downed by an Israeli Apache and recovered intact. The drone was quickly identified by Israel air defense systems and tracked all the way until it was brought down. Israel retaliated with an air strike against the Iranian launch pad near Palmyra in central Syria. The explosions heard in the Golan, causing another round of alerts, were caused by Syrian anti-air fire which hit one of the Israeli F-16 planes. The two pilots ejected safely in northern Israel and were taken to hospital in stable condition. Residents were advised to remain vigilant since the event is still ongoing.

This was the first direct military incident between Israel and Iran since the Syrian war broke out in 2011.DEBKAfile’s military sources reported on Wednesday, Feb. 7, that Iran had recently armed its military units in Syria and its Hizballah proxy with a supply of its newest drone, Mohajer 6 (Migrant) which carries smart precision bombs. The IDF Chief of Staff Lt. Gen. Gady Eisenkot has convened an urgent meeting of the General Command and is managing the incident together with the Air Force Commander Maj. Gen. Amiram Nurkin.