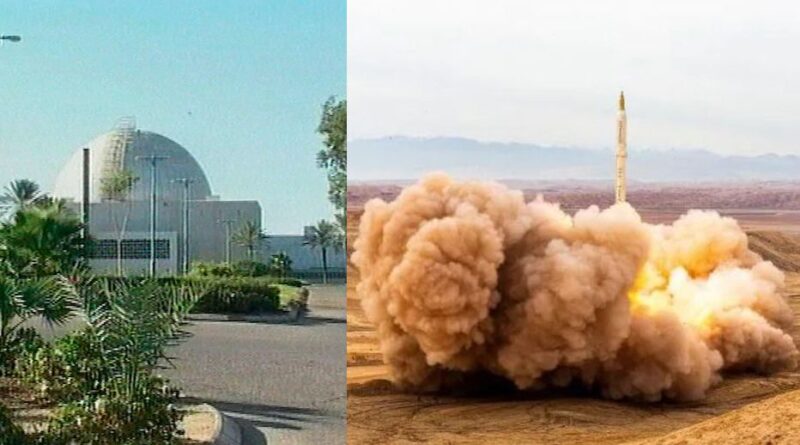 The video Iran aired of 16 missiles blowing up Israel’s nuclear reactor at Dimona during last week’s IRGC war game amounted to nothing but an empty threat. If such an attack did take place during a potential full-scale war between the two countries, Israel’s alleged nuclear program would not be taken down. Without going into details, it must be said that the Iranians appreciate this. However, their purpose in pictorially targeting the “Dimona nuclear center” is to broadcast their possession of a daunting capacity to harm Israel’s most precious strategic sites.

Likewise, Israel’s waving of a military threat to wipe out Iran’s nuclear program is equally hollow. The incoming Air Force Chief Maj. Gen, Tomer Bar said that “Israel could successfully strike Iran’s nuclear program tomorrow,” and that this operation would take place during his term as commander. But it must be said that wiping out Iran’s entire nuclear program is beyond Israel’s military capabilities. The IDF and its air force may cause serious damage to the central facilities of that program, but without the Americans are onside, the damage inflicted would be limited.

Therefore, aside from the heated rhetoric heard on all sides, the balance of terror is so far limited to words rather than deeds. And that is because both governments are still playing for time and cautiously weighing each step before proceeding further, wary for now of provoking any wide-ranging retaliation.

This caution was manifest in Tehran’s feeble response for each of Israe’s alleged covert operations, including the sabotage of key nuclear sites at Natanz and Karaj or the assassination of the father of its nuclear program, Mohsen Fakhrizadeh. By the same token, Iran withheld real payback for the death at American hands of its strategic mastermind Al Qods chief Gen. Qassem Soleimani.

Therefore, the talks US National Security Adviser Jake Sullivan held in Jerusalem this week failed to close gaps between Washington and Jerusalem on how to handle the task of preempting a nuclear-armed Iran. Prime Minister Naftali Bennett and Defense Minister Benny Gantz later put out an upbeat message claiming that the policy gaps with the Biden administration had been ironed out and Israel and the US were finally on the same page.
That message was far from factual. However, Foreign Minister Yair Lapid, who may have been out of the picture on the Sullivan visit, trotted out the well-used slogan on Monday, Dec. 27, to the Knesset Foreign Affairs and Security Committee. “Israel will not let Iran become a nuclear-threshold state,” he said. “We would of course prefer to join an international operation but, if necessary, we will act alone. Our own forces will defend our security,” Lapid declared.

The signs are mounting that Iran has already attained the dread threshold for reaching a nuclear bomb.
The contradictory messages coming from Israel’s top ministers indicate that its government and military leaders are still finding it hard to accept a longstanding reality: If Israel decides to embark on a military operation to demolish Iran’s nuclear capabilities, it will find itself fighting alone. Whether to go forward regardless depends on a decision in one place, Jerusalem.