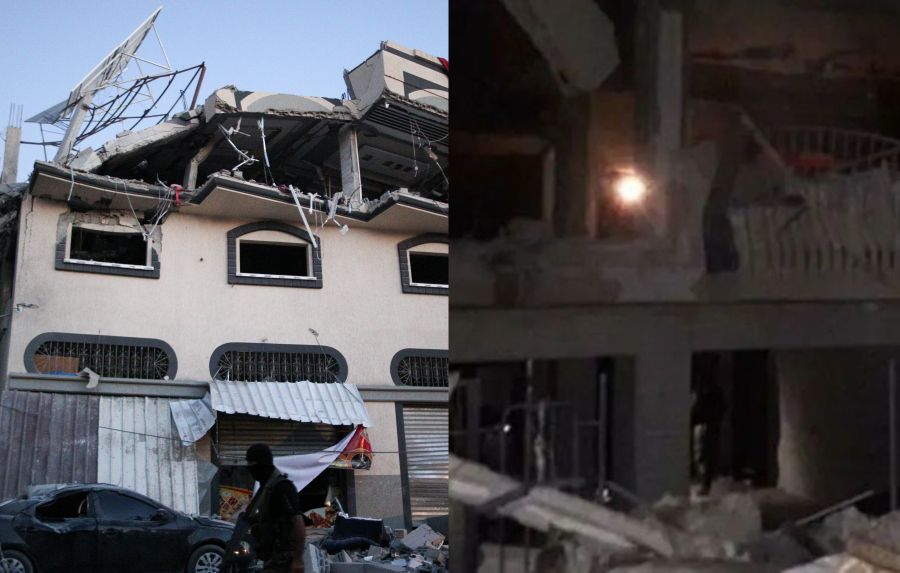 By two targeted assassinations in Gaza and Damascus, Israel on Tuesday, Nov. 12, went to war against the Palestinian Islamic Jihad. Baha Abu Al-Atta, chief of the northern Gaza command, was killed in an IDF bombing raid on his home in Gaza city; Akram Al-Ajouri’s home in the Maze district of Damascus was struck by two rockets. Some sources say he escaped; others that he was injured. Al Ajouri was the liaison officer between the Palestinian Jihad in Gaza and the Iranian Al-Qods Brigades and its chief Gen. Qassem Soleimani.
The Islamic Jihad’s first response was a wide-ranging rocket barrage against key towns in central and southern Israel, including Sderot, Ashkelon, Ashdod, Gedera, Rishon Lezion and Tel Aviv, after announcing that “there were no borders.” Iron Dome downed some 20, including the rockets targeting Tel Aviv.

DEBKAfile: The IDF initially relayed messages to Gaza City that the slaying of Abu Al-Atta did not portend a new wave of targeted assassinations against Palestinian terrorist leaders, in the hope of persuading Hamas to stay out of it and let Jihad act on its own. This was intended to avert a major conflagration. This hope was largely unfounded because it is not in the power of Hamas or Egypt or even Israel to determine how far this incident escalates but Tehran.  DEBKAfile’s sources report that when Israel’s security cabinet was convening in Tel Aviv on Tuesday morning, so too were senior officials in Tehran, Damascus and Beirut. They were discussing whether to punish Israel by opening a second or third front in the north.
The Palestinian Jihad also maintains armed forces in Syria and Lebanon, who may be conscripted in both countries for strikes against northern and central Israel in solidarity with their brothers in Gaza. The Gaza headquarters initially reacted to the death of its leader by announcing that their retaliation “would have no borders.” Then, after firing some 50 rockets, Jihad stated that as yet “unprecedented retaliation” was still to come, suggesting that Israel faced attacks from additional borders.

Any Egyptian or UN efforts to mediate de-escalation would be irrelevant in these circumstances since neither has access to this extremist Palestinian terrorist group or its Iranian masters. And Hamas can hardly afford to stand aside in the event of a multi-front conflict erupting and is likely to be drawn into backing a fellow Palestinian terrorist organization.

80 thoughts on “Israel is at war with Islamic Jihad. Tehran weighs opening northern fronts as punishment for Al-Atta killing”