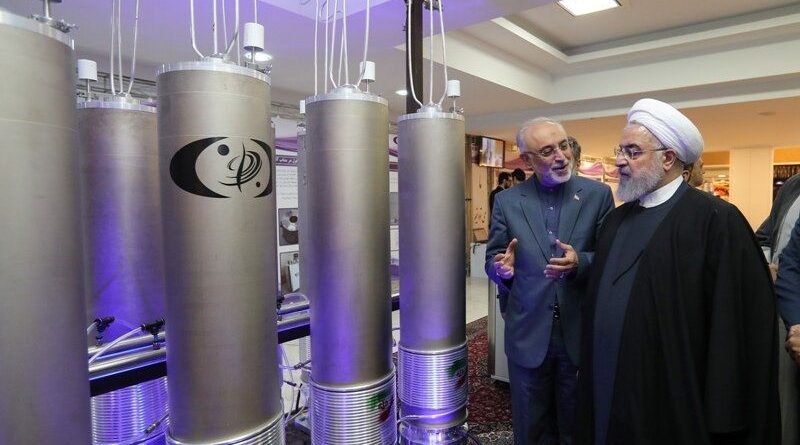 Tehran denounced France, Britain and Germany for leading the nuclear watchdog’s call on Iran for prompt access to two suspected undeclared nuclear sites at the IAEA board meeting on Friday, June 19. The resolution, the first outright condemnation of Iran by the nuclear watchdog since 2012, was carried against the votes of Russia and China and seven abstentions.

Iran’s FM Mohammad Javad Zarif accused the three European powers of serving Iran’s arch-foes. “Behind (the) facade, E3 are accessories to (US President Donald) Trump and (Israeli Prime Minister Benjamin) Netanyahu and in no position to counsel Iran,” Zarif tweeted. Tehran argued that the agency’s demand was based on “inadmissible Israeli claims.” Iran’s envoy to the IAEA Kazem Gharibabadi issued a threat. By acting this way, he warned, “you will be accused of destroying the last stronghold of multilateralism in Vienna and causing the collapse of the JCPA (2015 nuclear accord between Iran and six world powers).”

Israel’s Defense Minister and Alternate Prime Minister Benny Gantz commended the UN atomic watchdog’s position. “We’ve known for years that Iran is concealing blatant violations of the Non-Proliferation treaty with the intention of threatening both Israel and global stability,” Gantz wrote on Twitter. “Israel will not allow Iran to achieve nuclear capability, and the international community is doing the right thing by insisting on effective inspections,” the former military chief added.

International Atomic Energy Agency Director-General Mariano Grossi told reporters he had made his case with “Iranian authorities at higher levels” to “clarify our questions related to possible undeclared nuclear material and nuclear-related activity.” One of the three had undergone “extensive sanitization and leveling” in 2003 and 2004, the IAEA had found, and Iran had blocked access to the two remaining sites.

The nuclear issue is intertwined with the UN Security Council’s 2015 resolution which expires in October that banned selling conventional weapons to Iran. The same resolution also endorsed the nuclear accord, from which President Trump withdrew the US in 2018.

US Secretary of State Mike Pompeo has pledged all means available to extend the UN arms embargo on Iran. The German, French and British foreign ministers meeting in Berlin on Friday stated that they would not back the American step, because a “unilateral attempt to trigger UN sanctions snapback” would be “incompatible with our current efforts to preserve the JCPA”. They did however seek talks with Tehran over its violations of the nuclear accord in coordination with China and Russia.

Amid these tensions, Russia for its part promised to stand by Iran over the nuclear issue when Foreign Minister Sergey Lavrov hosted Zarif in Moscow on Tuesday. “We will be doing everything so that no one can destroy these agreements,” Lavrov told reporters after face-to-face talks with Zarif. “Washington has no right to punish Iran.”

He said Russia would firmly oppose any “attempts to use this situation in order to “manipulate the (United Nations) Security Council and to promote an anti-Iranian agenda.” The Iranian FM described developments around the nuclear accord as “very dangerous.”