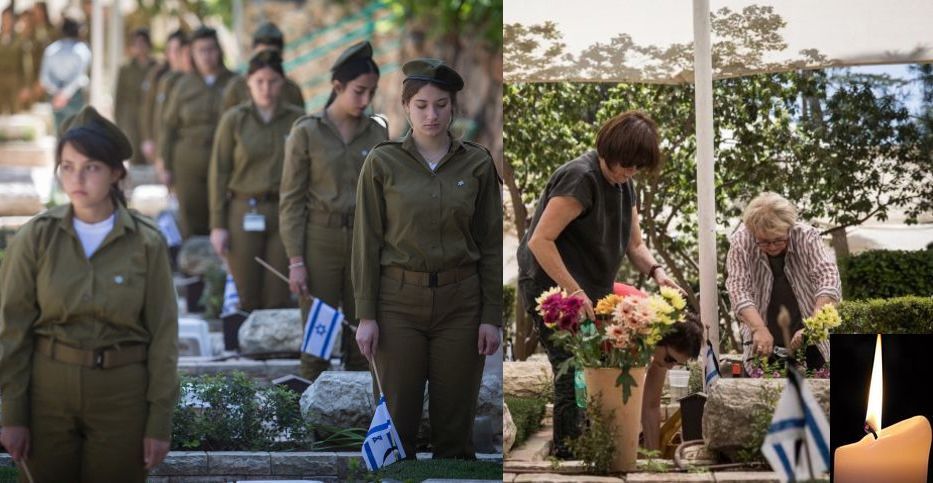 National ceremonies Tuesday evening ushered in Israel’s Memorial Day for the service men and women fallen in battle and the victims of hostile attacks. Wreaths were laid at Beit Yad Lebanim in the presence of Prime Minister Binyamin Netanyahu, Knesset Speaker Yuli Edelstein, Minister of Culture and Sports Miri Regev and Director General of the Defense Ministry Udi Adam.

At 20:00 a one-minute siren will mark the central remembrance ceremony and prayer at  the Western Wall in Jerusalem, attended by bereaved families, President Reuven Rivlin, IDF Chief of Staff, Lt. Gen. Gady Eisenkot, and Jerusalem Mayor Nir Barkat.
At 11.00 a.m. on Wednesday, Israelis will observe two minutes’ silence as memorial ceremonies attended by bereaved families begin at the military cemeteries across the country, after volunteers had placed a small flag on every grave.

Since the Memorial Day of 2017, another 71 servicemen have been added to the roster of service personnel killed in action together with another 30 who died of their injuries.  These mounting statistics year by year weigh heavily on the popular consciousness. Since 1860, decades before the founding of Israel, a total of 23,645 Israelis have died in battle or were killed by hostile action. Living in Israel today are 8,929 bereaved parents, 4,849 widows and many thousands of orphaned offspring and brothers and sisters.