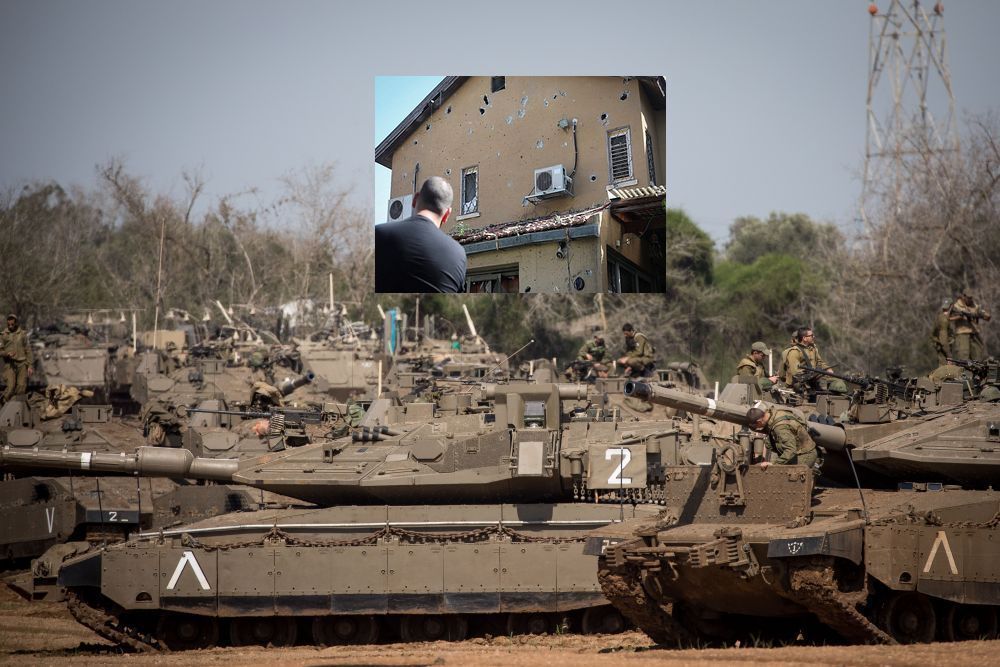 By Sunday morning, May 5, it was evident that the Hamas/Jihad terrorist front and the IDF were locked in a “who blinks first” confrontation. The Palestinians showed no inclination to end their offensive after firing 430 rockets against Israeli civilians in less than 24 hours and the IDF, after hitting 220 Hamas and Jihad terrorist strongholds in the Gaza Strip, was gearing up for a lengthy war of attrition.

A strong statement by the IDF spokesman confirmed this conclusion: “The IDF does not recognize – and is not engaged in – any ceasefires,” he said on Sunday in response to the rumors disseminated from Gaza of an imminent ceasefire deal through Cairo. Underlining this point, he announced the transfer of the IDF’s 7th Armored Brigade to the Gaza sector, indicating preparations for IDF forays into the Gaza Strip for hit-and-run strikes at rocket batteries and their command teams. The Israeli military spokesman added: “The army is getting prepared for the ongoing confrontation to continue in the coming days.”

Hamas and Jihad strategists will certainly not be slow to respond to this new challenge by further fanning out their rocket targets, most likely as far as central Israeli towns, including Tel Aviv. However, if the IDF metes out its vast resources in smart and measured stages, neither the terrorist organization nor their rocket stocks will be able to hold out for too long.
Their first mistake was to bank on Prime Minister Binyamin Netanyahu and IDF Chief Lt. Gen. Aviv Kochavi running as usual to Cairo with an appeal to broker a ceasefire to stop the barrage without Israel being forced into a major, costly military operation. Only this time, they were nonplussed to find that Israel was not only toughing it out – air strike-for-rocket – but getting set for a first-time, drawn-out operation for cutting down the terrorist groups capabilities piece by piece.

There is no telling how long it will take for this operation to bring results or the price in casualties, damage to property and disruptions in important Israeli cities. The communities adjacent to the Gaza Strip, who have endured terrorist assault for more than a decade and say they are ready to pay the price for guaranteed closure, suffered the first fatality of the current round: Moshe Agadi, 58, father of four, was killed by a rocket that hit his home in Ashkelon early Sunday.

A prolonged war of attrition by Israel faces more than one uncertainty: The Palestinian terrorist organizations’ allies – Iran, Hizballah and the assorted militias serving them beyond Israel’s northern borders in Syria and Lebanon – may decide at some point to take a hand in the conflict..