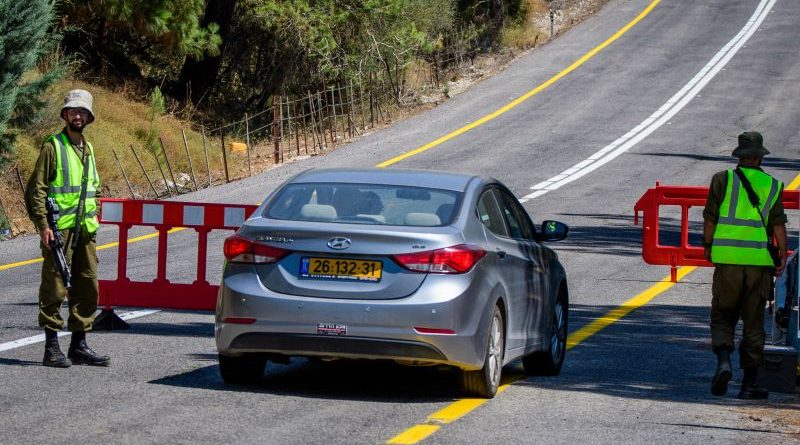 Reinforced IDF forces, on a high state of preparedness for the fourth day on Monday July 27, exploded smoke bombs to reduce their visibility from across the Lebanese and Syrian borders. Hizballah is expected to retaliate against Israeli military targets for the death of a fighter in last Monday’s Israeli air strike near Damascus. The troops are being careful to stay out of sight so as not to provide targets for snipers or anti-tank fire. Those forces have been boosted with tanks, artillery and Iron Dome batteries. Surveillance has also been intensified to enable the interception of whatever hardware the Lebanese terrorist group may decide to throw across into northern Israel and respond swiftly and effectively.

Roadblocks have closed the routes to the Lebanese border and only military vehicles are allowed to pass on the roads to the Golan on the Syrian border. Lebanon’s state-run National News Agency reported that Israeli warplanes and drones flew over southern Lebanon throughout Sunday. Late Sunday, an Israeli military drone crashed in southern Lebanon. The military said the drone went down over Lebanese territory “during operational activities.”. The IDF spokesman did not say whether it was shot down.

His statement came shortly after Israeli Defense Minister Benny Gantz met with army brass and reviewed the military deployment on the northern frontiers. Regional tensions shot up again after a series of cross-border exchanges between Israel and Syria on Friday. They followed the killing of five pro-Iranian militiamen including a Hizballah fighter in an Israeli airstrike near the Syrian capital last Monday, which Hizballah vowed to avenge – either from Lebanon or Syria.

Gantz said in a statement that Israel “has no interests in Syria or Lebanon other than its own security which it will continue to defend. We are not after unnecessary escalation but if we are tested, we have high operational capacity, which I hope we won’t have to use,” he said.

Deputy Hizballah leader Naim Kassem told the Beirut-based Al-Mayadeen TV that he does not expect a war with Israel to break out in the coming months, but added that if Israel starts a war, Hizballah is ready to fight back.