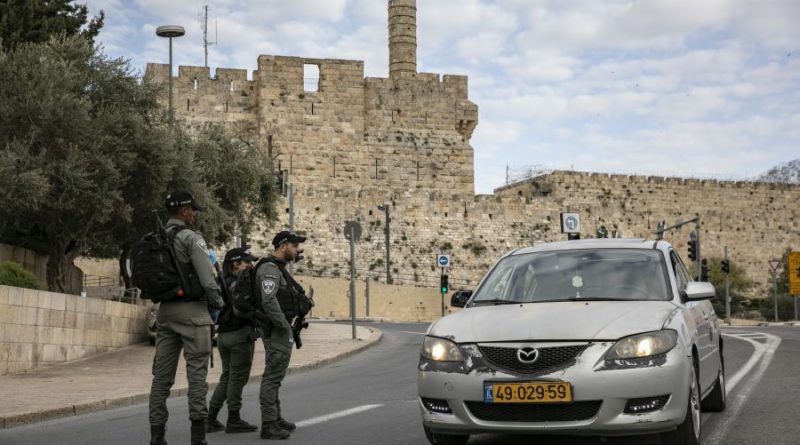 Unmoved by the economic gloom ahead, the Ministry of Health insists on slow stages for Israel’s transition from coronavirus restrictions to normal activity, even as unemployment spirals past the million jobless mark to 26pc and the economy drops an estimated NIS43bn ($12bn). A heated debate among ministers and experts was sparked by the rival exit plans put before PM Binyamin Netanyahu on Thursday afternoon, April 16. While it was clear to all sides that the country would have to endure some form of “coronavirus routine” in the foreseeable future, Treasury officials and business interests were up in arms over the spaced-out exit stages demanded by health officials.

According to those officials, the first exit stage, going into effect next Sunday, would allow 15pc of economic activity to double to 30pc, but schools would slay shuttered and elderly people over 65 confined to home. The reopening of small street shops and other businesses would be delayed for two weeks until the second stage starting in mid-May. Even then, schools would remain closed. But to enable some people to go to work – up to 50pc – families would be allowed to set up baby-sitting pools for a maximum of five children each.

The Treasury demands that schools for children up to 6 be reopened on Sunday together with shops and small businesses. The Finance Minister Moshe Kahlon maintained that the Health Ministry’s plan would raise unemployment by 3pc. The economy, he said, was already reeling under the damage caused by the emergency restrictions for curbing the spread of the covid-19.

Health Ministry Dir-Gen. Moshe Bar-Simantov countered with a warning that the Treasury plan was the recipe for a fresh coronavirus outbreak in two weeks. He said that the public had not completely observed all the guidelines for the Passover festival and Independence Day later this month was another sensitive date.

Thousands of businesses are foundering under uncertainty about the future and the general public is growing restive over the tight reins on normal movement. The NIS80bn stimulus package earmarked by the Netanyahu caretaker government favors firms bringing back to work their sacked employees and those on unpaid leave since the start of the coronavirus crisis more than a month ago.

But expanded testing has exposed new hotbeds of covid-19 infection in the Arab community. Systematic testing in institutions for the elderly has come too late to save the high proportion of this highly vulnerable population who succumbed to the disease and did not recover.

On the plus side, the lockdown and the widespread observance of the strict regimen for containing the spread of the virus gave the system time to cope. The hospitals have set aside coronavirus isolation wards and are operating them below their current capacity. There is a constant influx of respirators, reagents for tests and protective clothes for medical staff, acquired by the Defense Ministry and other government agencies.

The Bank of Israel Research Dept predicts that the Israel economy will shrink by 5.3pc in the current year under the impact of the coronavirus pandemic, but return to full operation by June and the downturn will be offset by 8.7pc growth in 2021. The International Monetary Fund’s outlook is bleaker. The IMF sees Israel’s economy contracting by 5.3pc in 2020 and not returning to its current level until 2022. This forecast is in keeping with the IMF’s global forecast that the coming recession due to the pandemic will “dwarf the dimensions” of the 2008 financial crisis and rival the Great Depression of the 1930s.