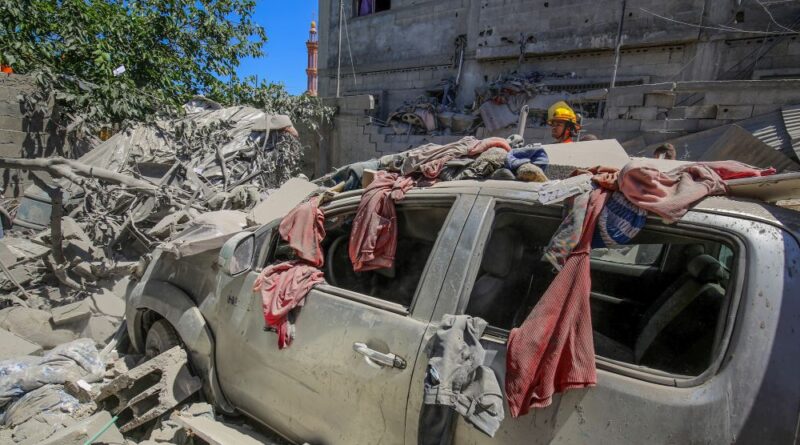 Israel’s military chiefs are reluctant to wind down their 10-day campaign to crush the Palestinian Hamas and Islamic Jihad terrorist organizations in the Gaza Strip without a spectacular victory. On Wednesday, May 19, the IDF revealed having made two failed efforts to take out the Hamas armed wing’s supreme commander, the iconic, elusive Muhammed Deif, which would have rounded off the operation with a resounding success.

The only way Deif could have been caught was by means of an Israeli ground invasion that led to the conquest of a piece of Gaza territory and the taking of Hamas leaders prisoner. By limiting the operation to air strikes – albeit based on deep intelligence – the IDF wrote a ground operation out of its masterplan and with it the prospect of a clear victory.
Other armies have run into the same quandary: wars are not won by air might alone. Highly sophisticated, precise and devastating, IDF air strikes have not routed Hamas or brought it to collapse. The comments by Israel’s generals that, once the terrorists come out of their bunkers and witness the shocking scale of destruction, they will have to acknowledge the depth of their downfall. That false assumption derives from the memory of the Hizballah’s Hassan Nasrallah’s horrified reaction in 2006 when he viewed the rubble of his Beirut stronghold, the Shiit suburb of Dahya. He said then that had he foreseen five percent of the destruction wrought by the IDF he would never have started the war by the kidnap of Israeli soldiers.

Much has changed since then. Hamas leaders are in a completely different position than Hassan Nasrallah and their troops of a different caliber to the Hizballah in those days. Hamas, will, therefore, not be shaken off balance by the scale of the IAF’s sweeping campaign of demolition, so long as it is king of the Gaza Strip and no one is pushing for its ouster.

Therefore, while the IDF’s Gaza operation was an impressive landmark in military history versus a terrorist force, victory is not the name of its endgame. More sensibly, Israel and its military strategists should try pressing the world powers and Arab governments to go for demilitarization of the Gaza Strip as a fitting cap for the brutal Hamas/Islamic rocket campaign against civilian populations. If justice were served, both should be stripped for all time of their heavy weapons especially rockets and mortars.

However, since this proposition is not on the table, Israel will have to resign itself to wrapping up its Gaza campaign in hope of a few years of uneasy calm, while accepting that whenever its intelligence uncovers a new stockpile of rockets, launchers or weapons production, the air force will have to return to the skies of Gaza and destroy them. And any Palestinians shooting rockets against Israel will again feel the sharp end of Israel’s response.
That outlook is more realistic than a virtual scenario of victory.