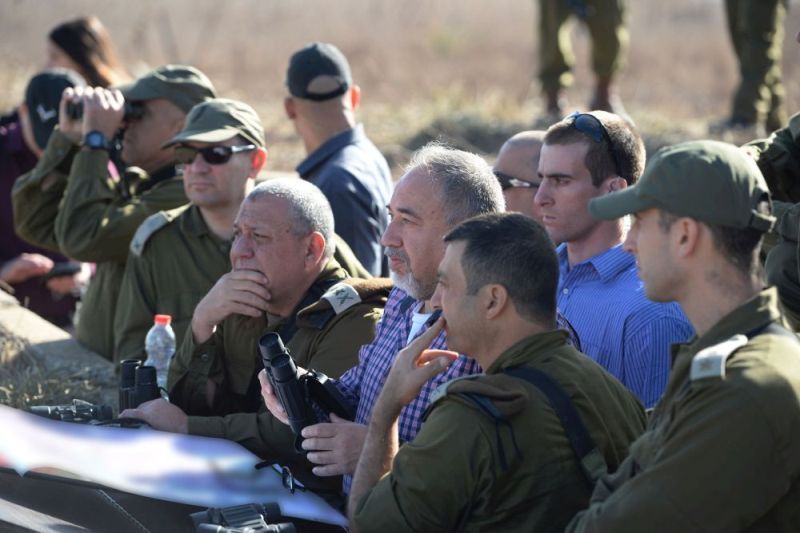 For most of the eight-year Syrian conflict, Israel held to a policy of nonengagement, except for occasional surgical air strikes against Iranian arms deliveries for Hizballah or undesirable movements on the Golan. No effective action was taken to hinder Iran’s creeping military presence in the country. And even in 2013, when Hizballah pumped large-scale fighting strength into Syria to prop up the Assad regime, the Netanyahu government stood aside. Many believed this was a major mistake which served to encourage Iran to step up its involvement in Syria and that of its proxy. The thinking at the time in Israeli military circles and Jerusalem was that getting Hizballah fighting strength out of Lebanon and hammered with high casualties in the brutal Syrian war was good for Israel because it weakened a key enemy.

Israel was satisfied with supplying arms, intelligence, food and medical assistance to the Syrian anti-Assad groups maintaining a buffer zone on the Syrian Golan and Quneitra for safeguarding Israel’s northern border.

Iran and Hizballah were left free to seize a dominant role in the Syrian war. Their dominance was further boosted in 2015 when the Russians stepped up their military intervention on the side of Bashar Assad and needed the foot soldiers offered by Hizballah and the pro-Iranian Shiite militias.

This state of affairs was turned on its head in 2018. Today, Israel is no longer staying out of Syria for fear of getting mired in its wars – a stance strictly held to during Barack Obama’s presidency – and has instead jumped into the Syrian arena with both feet. This change came about due to a rare convergence of views in the country’s highest political, military and intelligence ranks. They came together on a resolve not just to keep Iran and Hizballah far from Israel’s borders, but to push them out of Syria and end their influence in Damascus.

This objective presented major complications because of Moscow’s adoption of the Shiite power and its proxy as senior allies in the Syrian arena. Israel therefore turned to the US for backing – and the Trump administration delivered. DEBKA Weekly’s sources report that US consent came through in the last week of April when Mike Pompeo, on his first foreign trip after being sworn in as Secretary of State, traveled to Saudi Arabia, Israel and Jordan. Pompeo knew all about Israel’s U-turn on Syria and plans to evict Iran from the information reaching him in his previous post as Director of the CIA. It was his understanding, that Israel and the IDF were ready to take on responsibility and control over the southwestern Syrian regions abutting Jordan and Israel. Those regions take up around one-fifth of Syrian territory. Since US forces and its allied Kurdish PYG militia hold another fifth of the country, the newly forged US-Israeli pact with local allies ended up commanding some 40 percent of Syria.

Israel’s willingness last week to go openly on the offensive in southern Syria against a Syrian-Iranian-Shiite militia-Hizballah coalition was a watershed moment in the conflict. Israel did not intervene against the first small steps taken by the Syrian army on Wednesday, June 20 in its promised offensive to take the southwest from rebel forces deployed on the Jordanian and Israeli borders. A decision on this is awaited from Jerusalem. It may also depend on broader considerations, such as progress made in negotiations for a Trump-Putin summit in Europe this summer. US National Security Adviser John Bolton is due to visit Moscow to test the ground next week.

Meanwhile, Tehran saw that its current strength in Syria would have to be boosted against potential IDF intervention else its military and political clout in Syria would be in jeopardy. Iraqi militia brigades were mustered in a hurry to bolster Iranian forces in Syria, while Tehran, the Assad regime and Hizballah set about enlisting every last fighting man available for an offensive to push the IDF and its Syrian allies back.

President Vladimir Putin acted to defuse the mounting showdown, fully aware of the incendiary situation as Israel geared up for confronting the combined forces of Iran, the Syrian army and Hizballah. He is working against the clock in the hope that his proposal to the Israeli prime minister to guarantee that no troops other than Syrian push towards the border is accepted by Israel and the US.

In the next article, DEBKA Weekly provides exclusive details on the military steps in which the US, Russia, Israel, Iran, Hizballah and Syria have been engaged as of last week.