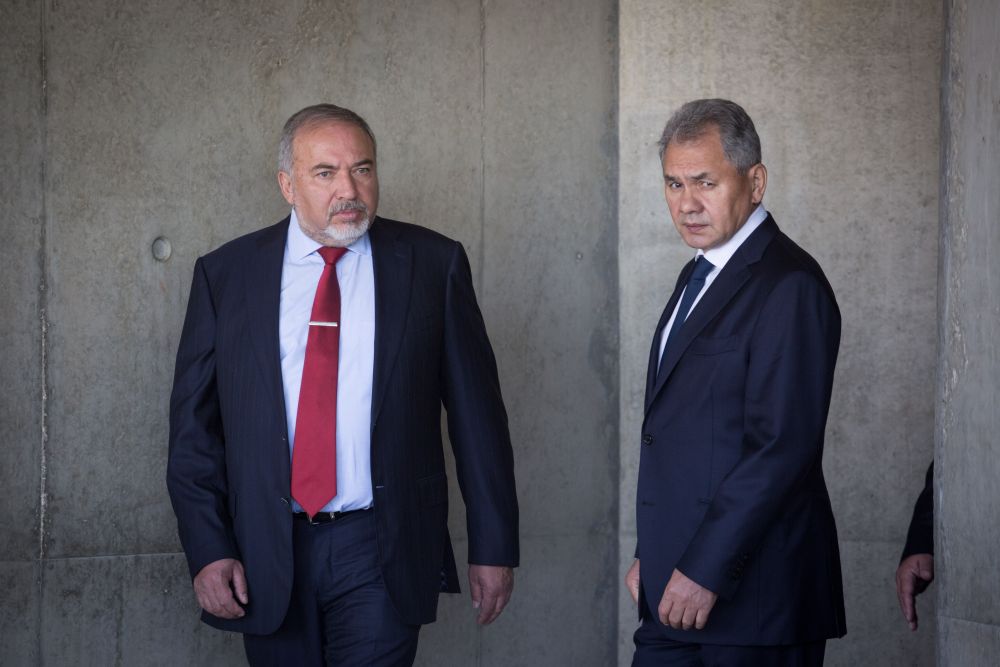 Israel’s leaders stressed to Russian Defense Minister Sergey Shoigu the importance of thwarting Iran’s military entrenchment in Syria. But can’t expect much from Moscow – any more than Washington.

Visiting Russian Defense Minister Sergey Shoigu heard Tuesday, Oct. 17, from Prime Minister Binyamin Netanyahu and his counterpart, Avigdor Lieberman that Israel would not stand for Iran and Hizballah making Syria their forward operational base against Israel, and would act to prevent their military entrenchment along the Syrian-Israeli border.

This was not news to the Russian minister, on his first visit to Israel since his appointment five years ago. The Kremlin has heard this mantra time and time and again and the visitor must have wondered what his Israeli hosts expected him to do. Both Shoigu and his boss, President Vladimir Putin, would also prefer not to see Iran dug deep militarily in Syria. So oddly enough, Moscow and Jerusalem could find a sliver of common ground for cooperating in both Syria and Iraq, but for their different viewpoints. While the Russians are practical enough to live with a strong Iranian military presence in Syria so long as it serves their interests, Israel is flatly against Iran or its proxies’ proximity to its borders as a grave peril to its national security.

The Israeli defense minister is due to fly to Washington Wednesday, Oct. 18, for talks with US Defense Secretary Jim Mattis. Netanyahu’s National Security Adviser Meir Ben-Shabat goes on ahead to meet his US counterpart Gen. H.R. McMaster.
However, as seen from Moscow – and possibly Jerusalem too – the Trump administration is more to blame than any other actor operating in the Middle East for Iran’s deepening grip on Syria, US actions starkly contradicting the president’s fiery rhetoric against the Islamic Republic and all its actions.

Since late September, the US has been drawing down most of its positions in eastern Syria, opening the door for Hizballah to walk in and for pro-Iranian Iraqi militias to take control of the Syrian-Iraqi border. This has made Tehran the strategic gift of its coveted land bridge to the Mediterranean.

Shoigu arrived in Tel Aviv on the day, Monday, Oct. 16, on which pro-Iranian militias under the command of a Revolutionary Guards general, Qassem Soleimani, swept the Iraqi oil center of Kirkuk out of the hands of America’s allies, the Kurdish Peshmerga, a leading light in the US-led coalition for fighting the Islamic State.

If Trump meant what he said about beating down the Revolutionary Guards, why did he not stop them from taking Kirkuk?

In contrast to the Kirkuk debacle, the US-backed SDF Syrian Kurdish-Arab force said Tuesday that the Islamic State’s Syrian capital of Raqqa had fallen after a bitter four-month battle. The Kurdish YPG militia raised its flag over the municipal stadium and chanted victory slogans from vehicles driving through the streets.

DEBKAfile’s sources report that when word of the victory reached the White House, Brett McGurk, President Trump’s special envoy for the global coalition versus ISIS, set out from Washington to Raqqa

But that operation was the exception – not the rule. In Iraq, Washington stood by as the Revolutionary Guards called the shots against the Kurds.

For weeks, Moscow has been asking Washington to explain what it is up to on the Syrian and Iraqi warfronts and has come up empty. Israeli visitors are unlikely to fare much better when they put the same question to top Trump administration officials, even taking into account the profound difference in the relationship between Jerusalem and Washington compared with Moscow and Jerusalem.