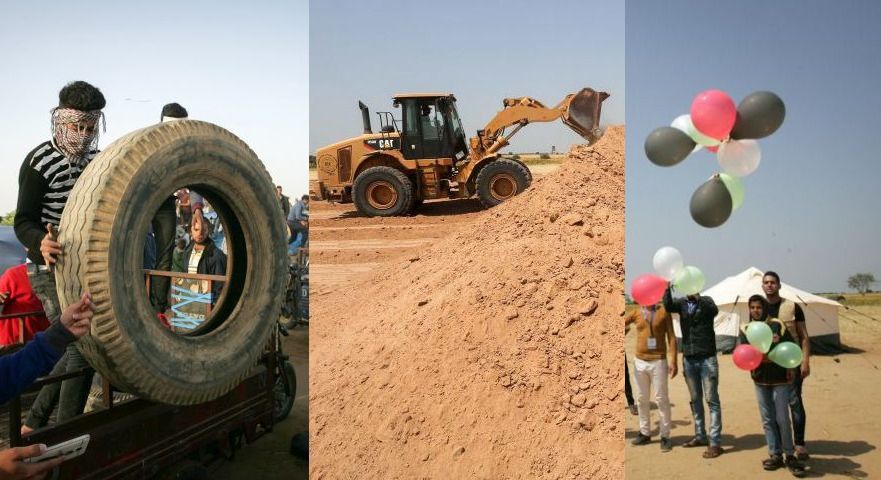 Egypt’s acting Director of General Intelligence, Maj. Gen. Abbas Kamel, on a brief visit to Israel, was urged to bring Hamas under control as next wave of violence looms Friday, April 6.
The Egyptian general arrived this week, after Israel asked President Abdel-Fatteh El-Sisi to send over a senior officer to discuss deescalating the Gaza crisis. Jerusalem asked to see an official with authority to discuss active operations, rather than a political figure, since Israel is not ready to treat the Gaza crisis as serious enough for intercession at the highest level. DEBKAfile’s sources report that Gen. Kamel met with Maj. Gen. Tamir Haiman, who was appointed Military Intelligence (AMAN) chief last month, and Meir Shabat, National Security Adviser and expert on Hamas. Their message to him was simple: Egypt can’t afford to sit back and pretend it is not concerned with Hamas and its extreme provocations. Israel and its armed forces extend substantial assistance to the Egyptian army in extremely  sensitive areas and expects Egypt’s help in putting the lid on the Palestinian extremist Hamas’ schemes for provoking a bloody contest with Israel. The Israeli officials named in particular, the extremist Yahya Al-Sinwar as needing to be brought under control. After keeping his head down for a while, this troublemaker has against stirring the Gaza Strip into violence, this time as front man for Iran.
Gen. Kamel said he would pass the message on. This intelligence official is known to be a member of El-Sisi’s inner circle. On Thursday, Defense Minister Avigdor Lieberman and IDF Chief of Staff Let. Gen. Gady Eisenkot reviewed the preparations for the turbulence Hamas has promised for Friday. The IDF drew a new line in the Gaza Strip border region that expanded the off-limits area for Palestinian “March of Return demonstrations,” to prevent them being used as cover for terrorist attacks. Gazans were again warned that Israeli troops were under strict orders to enforce this new line.
During the day, nonetheless, our sources reveal that Hamas  organizers offered cash fees to volunteers for gathering and igniting the 10-12,000 tires that been strewn just behind the border. The black, heavily toxic smoke of burning tires is intended to screen Palestinian rioters from the IDF snipers who target rioting ringleaders. Israel has appealed to the UN World Health Organization to put a stop to this reckless action, which holds the threat of ecological disaster both for southern Israel and the Gazan population itself. Hamas operatives also staged a warming-up performance for their Friday assault, when scores tried to approach the border fence from Sejaya and Khan Younes and challenge Israeli troops.  One tried to lob an explosive device over the fence and was shot down by an Israeli aerial vehicle.