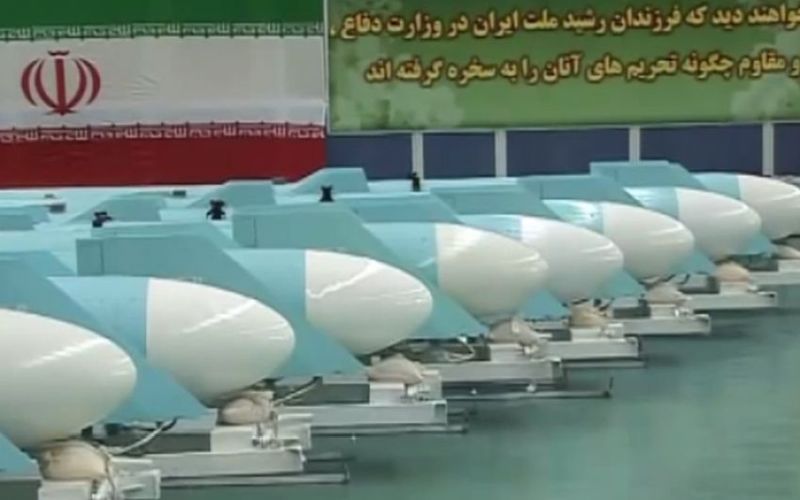 Under threat from Iran, Israel marked the 66th anniversary of the grim October 1973 War with a harsh Yom Kippur Eve message to Tehran – first through intelligence back channels, then in the words of IDF Chief of Staff Lt. Gen. Aviv Kochavi. He said on Monday night, Oct. 7: “We will not let Israel come to harm, but if it does, we shall respond with power.”

This message told Iran in terse shorthand: Israel will not stand for a surprise assault like the Sept. 14 cruise missile-drone strikes on Saudi oil facilities and, if attacked, the IDF, in contrast to the US and Saudis, will hit back at regime and strategic targets on Iranian soil. Should the attacks come from Hizballah in Lebanon or Shiite militias in Iraq, now massively armed by Iran with ballistic missiles and air defense systems, then Israel will aim its counter-offensive at those sources of aggression.

DEBKA Weekly’s exclusive military and intelligence sources reveal that the appropriate instructions have been handed out to Israeli forces standing by ready for action. Our sources do not rule out a second-strike missile launch from Israeli Navy’s nuclear-armed Dolphin submarines. One or two of Israel’s five Dolphins, which also carry conventional missiles, is on tactical duty in the Indian Ocean and Arabian Sea opposite the Iranian coast.

The decision to send a stiff warning to Tehran was taken by Israel’s top-level policymakers and military chiefs after President Donald Trump managed to persuade Saudi Crown Prince Muhammed bin Salman (MbS) to abstain from an armed response to Iranian aggression in favor of diplomatic dialogue. They are absolutely convinced that Trump’s attitude only encourages Tehran to believe it can get away unpunished with continued aggression, without fear of US military intervention in an outbreak of limited hostilities with Israel.

Three days later, on Thursday, Prime Minister Binyamin Netanyahu ramped up Gen. Kocahvi’s warning. Whereas the IDF chief spoke of a counter-offensive, Netanyahu warned that Israel had begun thinking in terms of a pre-emptive strike, to deter Iran from a missile assault, like its attack on Saudi Arabia. Israel, he indicated, may decide not to wait for an attack before initiating a preventive strike against missile bases in Iran, where preparations are going forward to launch those weapons against Israel.

That an Iranian assault may be not far away was stressed in the five-hour briefings received by Israel’s security cabinet on Sunday, Oct. 5, at its first session in two months.

The ministers were informed by Mossad Director Yossie Cohen and Lt. Gen. Kochavi that Iran has developed cruise missiles capable of penetrating US and Saudi air defense and anti-missile radar screens to reach any Middle East targets safe from detection. The two officials pointed to the fact that the attack on Saudi oil facilities on Sept. 14 was not picked up even by the 200 American military personnel stationed atop Mt. Keren, deep in the Negev desert of southern Israel. Their task is to monitor Iranian air space 1000 miles to the northeast for any sign of a missile launch, with the help of THAAD, the most sophisticated system on earth.

The US Missile Defense Agency’s Forward-based X-Band Radar Transportable Surveillance is America’s first line of defense against missiles launched by Iran or other Middle East aggressors against Europe.

The US Army N\avy/Transportable Radar Surveillance (AN/TPY-2) is a high-resolution X-band radar array integrated into missile interceptor systems like the Ballistic Missile Defense System and Terminal High Altitude Area Defense, under its nickname “THAAD radar.” It may also be alerted by nearby Aegis sites or overhead early warning spy satellites in order to take command of Aegis systems and launch Ground-based Interceptors (GBI) against incoming threats.

Yet this sophisticated array of tools failed to detect the Iranian cruise missiles taking off and speeding towards Saudi Arabia.

Our military sources point to the far-reaching ramifications for Israel, as well for key sectors of the American anti-missile defense system (more about which in a separate article on the changed posture of US military forces in the Gulf).

Israel and its highly-advanced military defense system find themselves all of a sudden exposed to, and unprepared for, Iran’s new weaponry and tactics. Decades of intensive collaboration with the US Missile Defense Agency and intelligence agencies, at a vast outlay of many billions of dollars, have produced a four-tier defense system against missile assault, but now leave Israel unprotected against the very types of Iranian missiles which pose the current threat.

Prime Minister Netanyahu (who is also defense minister) told the cabinet on Sunday that Israel needs to urgently rebuild a new set of capabilities for withstanding missile attacks from Iran, a project that would be extremely time- and dollar-intensive.

However, not all Israel’s missile experts are quite so pessimistic. Former Director of the Israel Missile Defense Organization Uzi Rubin, father of the first Israeli Arrow, has his own diagnosis for the failure of the US Patriots guarding Saudi oil fields to repel Iran’s missiles and drones: They flew below the horizon, he says. “When it comes to missiles, missile defense sensors will aim above the horizon because the missile is above it…” says Rubin. “So when it comes to guarding, some things can sneak in near the ground.”

This veteran missile expert believes it is difficult to close this “radar gap,” through which low-flying projectiles can sneak through – but not impossible. “No fancy systems” are needed,” he says, and cites the Russian Pantsir S1 (NATO codenamed SA-22 Greyhound) system with dual 2A38M 30 mm automatic cannons equipped with infrared direction finders, which Rubin believes “would do the trick.” Russia has used these Pantsirs successfully to repel frequent massive drone attacks on its Khmeimim air base in Syria by nearby Syrian rebel groups. Following the advice of this veteran missile expert would send Israel in an unthinkable direction. Instead of investing years and hard cash in developing its own weapons against the new Iranian missiles, Israel would go shopping in Moscow for advanced Russian hardware for the first time in its military history. The connotations are profound for the close Israel-US alliance, which has long been the most abiding mainspring of Israel’s defense policy and foreign relations.