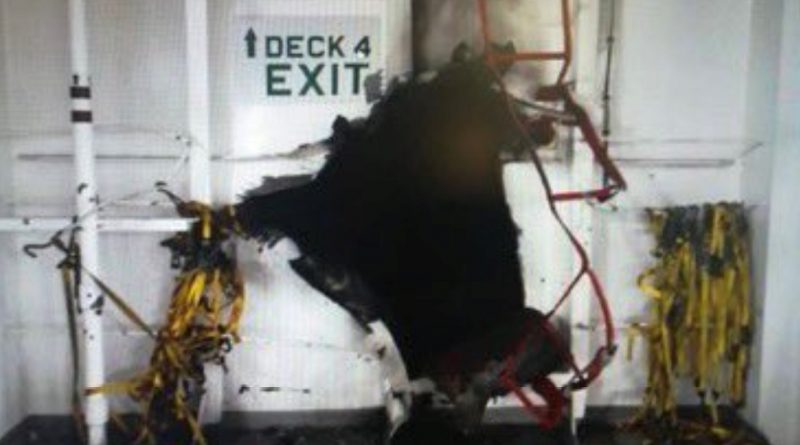 Before retaliating for the Iranian rocket attack on the MV Helios Ray automobile carrier in the Gulf of Oman on Friday, Feb. 26, Israel is bound to consider the incident’s wider ramifications.

Defense Minister Benny Gantz said it was his “initial assessment” that Iran was responsible. “The location of the ship in relatively close proximity to Iran indicates this,” he said, before two Israeli investigators set out for Dubai on Saturday to join the international investigation into the incident

Confirmation of his allegation came on Sunday from Kayhan, a hawkish Iranian publication, which stated that “the attack on the Israeli ship was legitimate.”

Our sources report that the waters in the area are rife with Iranian Revolutionary Guards missile boats and they most likely fired the rockets at the Israeli cargo ship while it was en route from Saudi Arabia to Singapore. The blasts left holes above the waterline on both sides of the hull. (See attached picture.) There were no casualties.

Israeli government and army chiefs maintain that this attack cannot go without response, but they understand that serious consideration is called for since hitting back at Iran may generate accelerated Iranian counterattacks that may also draw in its proxies and allies in Lebanon, Syria, Iraq and the Gaza Strip. A wider confrontation may ensue with repercussions that would be hard to control.

Israel’s dilemma comes two days before President Joe Biden’s promised to announce a reset of US-Saudi policy following Washington’s publication of an unclassified report on the murder of the Saudi dissident journalist Jamal Khashoggi in 2018. That report points the finger strongly at the kingdom’s de facto ruler Crown Prince Muhammed bin Salman. US sanctions were been applied to a long list of senior Saudi intelligence officials and members of the prince’s personal retinue.

Biden is also seeking to halt the supply of “offensive weapons systems” to Riyadh to force the withdrawal of Saudi military intervention against the Iran-backed insurgents in the Yemen civil war.

High officials in both capitals insist that the longstanding close relations between the US and the oil kingdom remain unshaken.
That sentiment pulls a diplomatic façade over a serious rift. The Saudis are flat against the Biden administration’s push to end the Yemen war or at least negotiate a ceasefire. Like Israel, they are equally resistant to the US bid re-engage Iran on an improved document to replace the outdated 2015 nuclear accord, as a means of paving the way for the lifting of sanctions.

Before punishing Iran for its rocket attack on its ship, Israel needs therefore to look at a wider context: