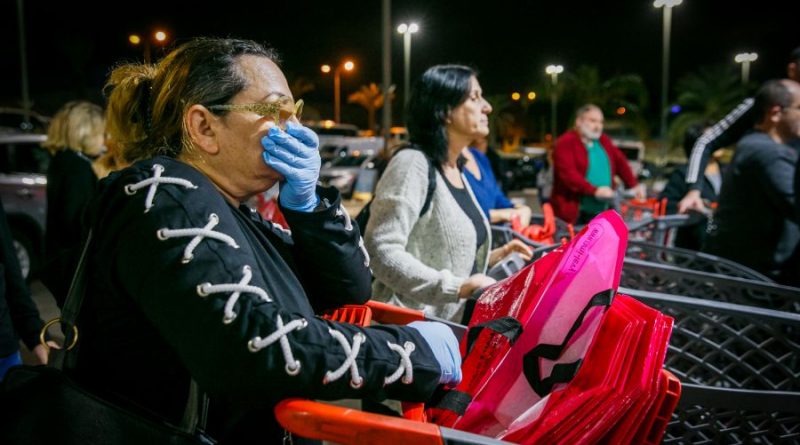 Large segments of the Israeli economy are being shut down for five weeks from Sunday, March 15, by another raft of drastic measures for containing the spread of covid-19, PM Binyamin Netanyahu announced Saturday night. He also disclosed that digital surveillance measure used to counter terror will be used to track coronavirus cases and study the course of the disease’s infection and spread. This step, which entails some invasion of privacy, was cleared for the emergency with Justice Ministry. Netanyahu noted it had been used in Taiwan with success.

Additional measures going into force on Sunday:  Pre-schools will be closed as well as all other institutions of education. Non-essential places of work with a staff or more than 10 will be closed for next five weeks. All places of entertainment: cafes, restaurants, malls, halls and fitness gyms, will be shuttered. Public transport services are to be reduced.

The number of confirmed coronavirus cases in Israel reached 178 Saturday night, two in serious condition. The Magen David Emergency Service plans to raise the number of tests in the coming week to 2,000 per day or more.
Netanyahu also stressed to the public, after a day of conferences with the heads of ministries and the economy, that stocks of food in the country were plentiful as well as other essentials including medicines. Stocks of these items covered many months, he said. Supermarkets and pharmacies would stay open and there was no need to continue overwhelming them with panic shopping. He promised to keep essential services running, including ATMs for ready cash and the gas stations.

Soldiers on weekend leave at their homes were ordered on Saturday to report to their bases on Sunday morning fully equipped for at least four weeks on duty without a break.