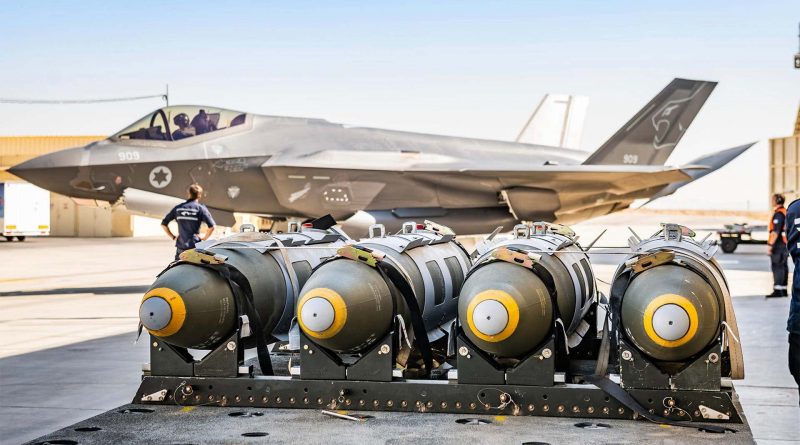 In a surprise three-day exercise, the Israeli Air Force demonstrated its ability in a full-scale war to target Hizballah’s entire missile arsenal in one day, while also activating an upgraded missile defense system for the home front.

But will the massive war drill, dubbed the Rose of Galilee, that ended on Tuesday, Feb. 16, deter Hizballah from launching its planned limited escalation drive, as predicted by the IDF? And has the astounding strength exhibited in the drill retilted the balance of fear keeping both foes in check?

The exercise simulated the downing of an IAF plane by Hizballah anti-aircraft fire over Lebanon. In response, hundreds of Israeli aircraft struck 3,000 Hizballah targets in 24 hours, dwarfing the 4,000 targets hit in all three weeks of the 2006 war with Lebanon. They consisted of Hizballah command centers, corridors and facilities for the transfer of Iranian weapons, arms depots and missile hideouts in Shiite civilian villages. Also postulated by the scenario were possible cruise missile attacks by Hizballah from Syria and rocket and drone attacks from Iraq and Yemen by Iranian proxies.

The massive mock IAF offensive demonstrated that the demolition of Hizballah’s war machine would unavoidably entail also the destruction of Lebanon’s strategic utilities, such as water works, the electricity grid, highways and bridges and cause civilian casualties.

But Hizballah could no longer then argue that it was waging war with Israel for the sake of defending Lebanon.

Hizballah’s leader Hassan Nasrallah’s responded to the massive IAF drill on Tuesday by saying: “Israel’s home front needs to know that if there is a war with Hizballah, it will see things it has not seen since the establishment of Israel,” he said.  “No one can guarantee that a few days of combat between us and Israel won’t lead to a wider war.”

He is clearly banking on the precise ballistic missiles Hizballah has received from Iran, of which more than 1,000 have been accumulated, according to intelligence estimates.

They were to be one primary target of the IAF’s mock offensive. So too were threats to its warplanes, especially Russian and Iranian surface-to-air missiles, including those deployed in Syria, so as to achieve air superiority in Lebanese skies.

DEBKAfile’s military analysts find that the Rose of Galilee clearly represented IDF Chief of Staff Lt. Gen. Aviv Kochavi’s thinking. He holds that a lightning war wielding enormous fire power and executing swift offensive strikes by air, sea and ground forces will determine the war’s outcome in short order and bring about a swift victory. He acknowledges that the price of this doctrine in fighting strength and hardware, planes and tanks, would be high. But he also believes that the offensive’s intensive use of fire power and its brevity of combat will curtail the conflict and save the civilian population at home from heavy casualties.

Hizballah is predicted to have adopted new tactics in its opening moves for the next potential conflict. In the past, the Lebanese organization was expected to either abduct one of the soldiers on border duty or dispatch a commando unit to cross into Israel and seize an army post or a village.

However, on Feb. 3, Hizballah significantly fired a rocket at an Israeli UAV flying over South Lebanon – and missed. Since late October,2020, Hizballah has made repeated efforts, with only one success, to intercept Israeli drones, in order to lay hands on its electronic gear. The IDF deduced from those incidents that Hizballah’s will launch its next war in the air with an assault on the IAF’s control of the skies.

A war on those lines would not be restricted to Israel and Lebanon but branch out into Syria, where Hizballah has piled up fighting units and rockets and where it can count on the pro-Iranian Iraqi Shiite militias in the country to pitch in with support.

Another front may be opened against Israel’s gas and oil fields in the eastern Mediterranean.

Hundreds of reservists were called up for the air force exercise, which also drew on collaboration with the Intelligence Division, the Northern Command and the Technology and Logistics Division. However, while impressive in every sense, Rose of Galilee addressed in only one aspect of a potential war between Israel and Hizballah.