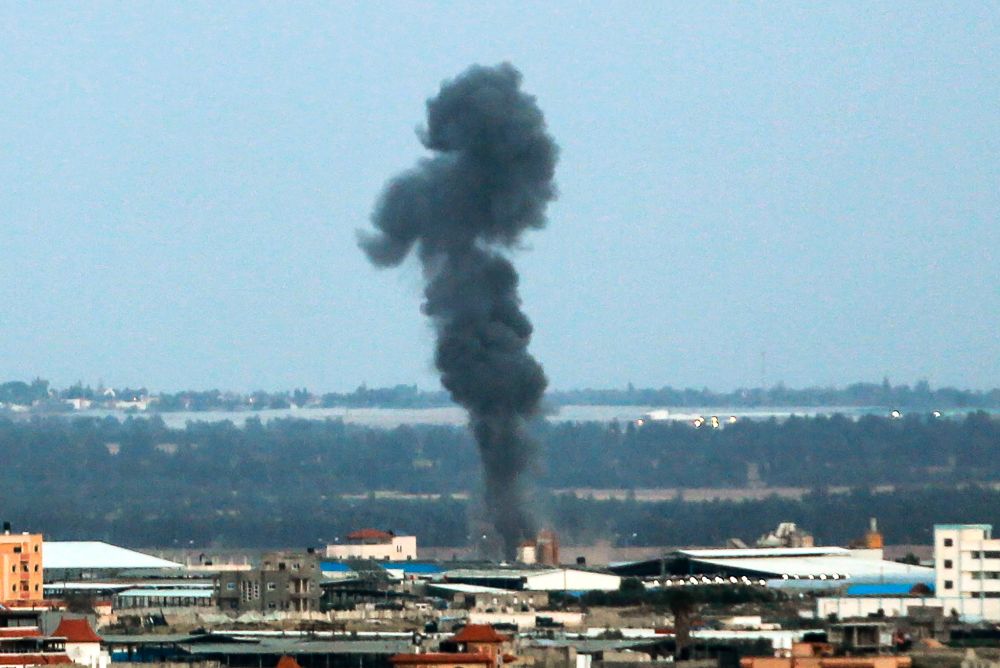 Israel’s major counter-terror operation in the Gaza Strip was confined in its early stage to air strikes against empty Hamas government buildings. DEBKAfile’s military sources note six features of the operation:
1. The air force alone is conducting this stage of the Israeli offensive with fighter jets, helicopters and drones. The boosted ground forces massed outside the Gaza border fence are being held back for a later stage depending on how the operation unfolds.

2.  Three Hamas internal security and intelligence command centers were struck in Gaza City as week as the Hamas leader Ismail Haniyeh’s bureau. They had all be evacuated in good time after the iDF sent warning rockets as part of its ”knock on roof” policy for minimizing civilian casualties.

3. No Hamas casualties are so far reported, indicating the IDF is still keeping its counter-terror offensive law key.

4. Haniyeh’s bureau was struck as a message from the IDF that if the conflict is drawn out, Haniyeh and other high-ranking Hamas officials or commanders may be targeted in person.

5. Within short hours, Hamas and Islamic Jihad retaliated with a massive rocket barrage against Sderot, which knocked over a home. Their payback could extend to other parts of Israel during the night.

6. Following this attack, Hamas claimed a truce had been agreed, which Israel has not confirmed.