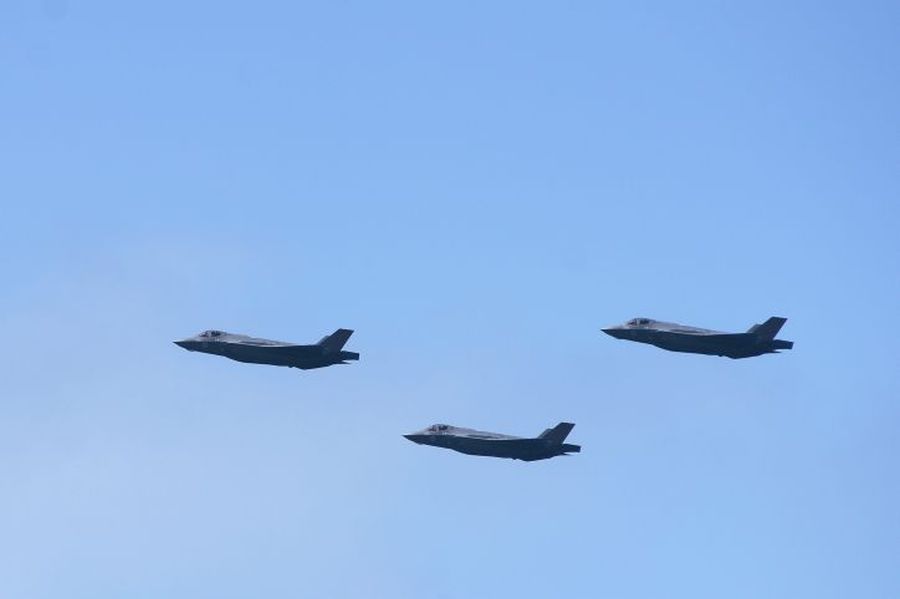 The Israeli Air Force made several passes over the Lebanese-Syrian border on Sunday, Dec. 16, for the first time since the crisis with Moscow erupted in September, DEBKAfile’s military sources report. The flights passed over northern and central Lebanon, although in the past Israeli jets stayed close to the south.

The Russians are conducting an air and sea exercise opposite Syria’s west coast, for which the eastern Mediterranean was placed off-limits. Although the Israeli aircraft stayed clear of this closed area, the distances were small enough to indicate that the IDF must have cleared the flight paths with HQ at the Russian Air Base at Khmeimim near Latakia, which is managing the exercise.
This means that Israel-Russian air force liaison, suspended after the downing of a Russian IL-20, may be up and running again. Just five days ago, a senior Israeli military delegation, led by Maj. Gen. Avraham Haliva, head of the IDF Operations Directorate, spent 24 hours in Moscow in talks with high-ranking Russian officers at the defense ministry and general command. The Russians said in a short statement that the IDF delegation had briefed them on Israeli’s operation against Hizballah tunnels and discussed coordination with the Russian command in Syria. No statement came from Israel on the visit. However, the renewed Israeli flights over Lebanon indicates that some measure of understanding was reached.

The IAF’s freedom to fly over all parts of Lebanon is now an active component of the IDF’s capacity to deal with Hizballah in the event of a flare-up of hostilities in the course of Operation Northern Shield against its cross-border tunnels. With the prospects fast diminishing of UNIFIL or the Lebanese army undertaking to blow up or seal the tunnels at the Lebanese end, one of the IDF’s options may be to bomb them from the air.

Syria and Hizballah are acting to spike this option with propaganda. Syrian sources have reported that Moscow warned Israel, including the visiting generals, that Russian officers have been stationed at Syrian missile batteries and air bases and if they should come to harm, the Russians would hit back. Another tale asserts that Russian flags have been hoisted over Hizballah bases in Syria.