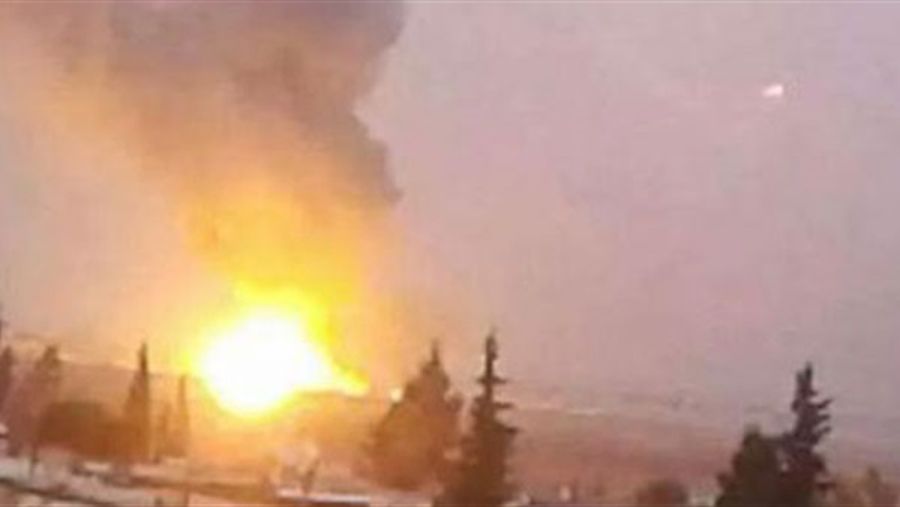 DEBKAfile: The SA-2 and SA-75 are ageing systems for targeting high-altitude flights.

Various reports coming from Lebanese sources Wednesday night, Nov. 1, at around 21.00 hours alternately described unusually heavy Israeli Air Force flights over Syria near the Lebanese border or an Israeli air attack on Al Qusay in the Qalamoun Mountains which straddle that border.

Then, at around 22:30, Lebanese and Syrian sources began claiming that Israeli planes flew over Baalbek in eastern Lebanon and struck Syrian military targets near Homs. Hizballah’s television station Mayadin added that the Israel air attack targeted the Hisya industrial complex in the countryside of Homs and the Syrian army fired one or more anti-air missiles in an attempt to down the Israeli planes. They also described huge explosions heard far away, indicating that the location under attack was a plant, depot or convoy packed with ammunition or weaponry of some kind.
No official sources in Israel, Syria or Lebanon have confirmed any of these reports.

DEBKAfile’s military sources: The reported Israeli air assault on a presumed military target in Syria, if confirmed, while President Vladimir Putin was in Tehran talking with supreme leader Ayatollah Ali Khamenei, has special significance. Syria’s air defense command operates under the Russian command, and so the Russian officers on the spot would have given the green light for Syrian missile fire and briefed Putin on the course of events.
This would have been the second time in the past fortnight for a Russian-Syrian anti-air missile to be launched against Israeli warplanes. On Oct. 16, a Syrian SA-5 battery based east of Damascus released missiles in an attempt to intercept Israeli flights over Lebanon. Israel retaliated with an air strike that smashed the battery.