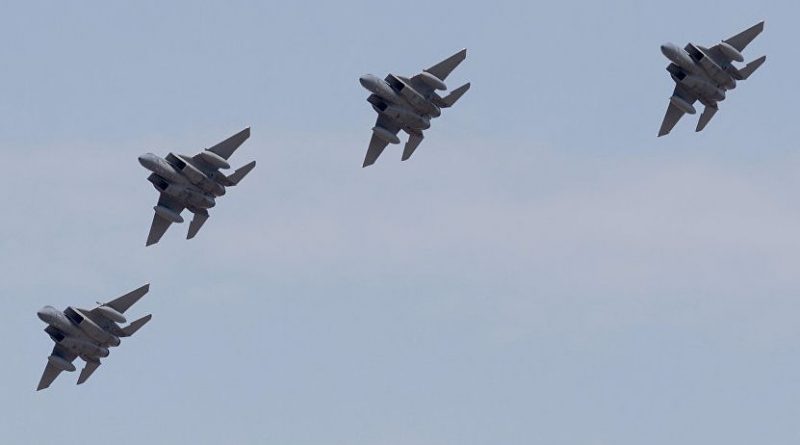 Israel fighter jets early Wednesday, Nov. 20 smashed dozens of Iranian Revolutionary Guards and Syrian military targets in Syria – payback for the four-rocket volley against the Golan. They included ground-to-air missile batteries, command centers, weapons stores and bases. The IDF reported that Syrian anti-air batteries were destroyed after opening fire on the Israeli jets, although a warning was relayed to Damascus to abstain. Syrian military sources describe the Israeli fighters as shooting missiles from airspace over the Golan and Lebanon.

At the end of the attack, Prime Minister Binyamin Netanyahu issued a brief statement: “I have said clearly that if anyone harms us, we will harm them. That is what we did tonight to the Iranian Al Qods Brigades and Syrian military targets, after rockets were aimed from Syria against Israel. We shall continue to vigorously safeguard Israel’s security.”

DEBKAfile’s military sources: Israel and Iran have recently embarked on an extraordinary duel, conducted between Chief of Staff Lt. Gen. Aviv Kochavi for the IDF and and the Al Qods Brigades chief Gen. Qassem Soleimani for Iran’s Revolutionary Guards.

The Iranian general is determined to draw Israel into a drawn-out war of attrition on multiple fronts, Syria, Lebanon and the Gaza Strip, whereas the Israeli general’s tactics center on cutting short a potentially slow, debilitating conflict by sharp strikes against Iranian targets and those of its allies. Iran never knows when these surprise attacks are coming or where. Last week, Iran challenged Israel from the Gaza Strip with 450 Palestinian Islamic Jihad rockets. This week, the site of the duel moved to Syria.