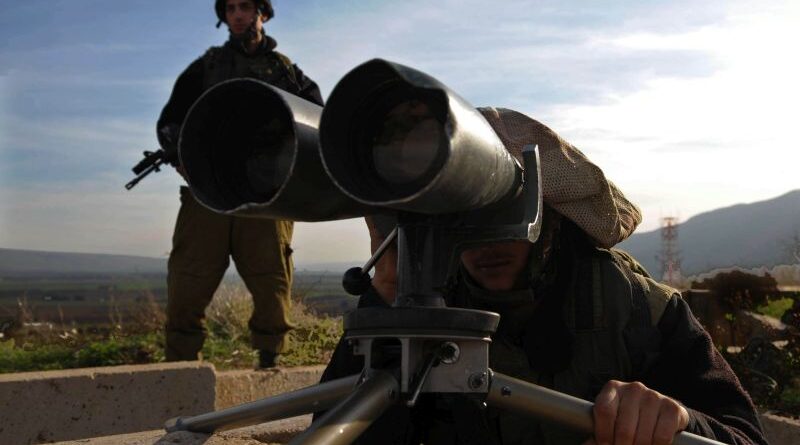 The new Israeli government faces its first round of northern border unrest, Early Tuesday, July 20, IDF artillery struck Lebanon in response to twin rocket fire – just four hours after Syria reported IDF air strikes. The twin rocket attack from Lebanon – one was intercepted, the second hit open ground -– took place shortly before PM Naftali Bennett was due to visit the Galilee town of Maalot. It was also the first since his government took office a month ago. Army artillery responded by shelling the presumed source of the rocket fire in Lebanon’s Wadi Hamoul region, from which Palestinian factions allied with Hizballah initiated a former rocket attack in May. The IDF is investigating the source of this attack which set off sirens along the northern border.
Defense Minister Benny Gantz said that Israel “will not allow the social, political and economic crisis in Lebanon become a security threat to Israel.” Gantz also called upon the international community to move in and restore stability in Lebanon.

Shortly before midnight, Syrian state media said Israeli aircraft had just launched a number of missiles at targets near the Syrian city of Aleppo, defining them as “some sites in the Al-Safira area” and reporting that they were repelled by Syrian air defenses. Syrian opposition sources said that the targets were Hizballah weapons stores located in Syrian military posts and Iranian-backed militias operating in the area. The explosions there were followed by a second round of blasts indicating the detonation of munitions. Other sources cited the targets as a Syrian weapons development complex and Iranian Revolutionary Guards sites

With regard to the Lebanese border, the IDF last week thwarted an attempt to smuggle a large haul of firearms across the border into Israel. At least 43 Glock guns were counted.

Then, this week, on Sunday, the Lebanese Armed Forces claimed that “an Israeli enemy warship violated the Lebanese territorial waters opposite Ras Al-Naqoura at a distance of about 333 meters.” Shortly before this “a similar hostile boat breached the aforementioned sea spot at a distance of about 203 meters, and its members also threw a flare bomb over the aforementioned sea spot” before leaving. The Lebanese military said it had registered a formal complaint with the U.N. Interim Force in Lebanon,