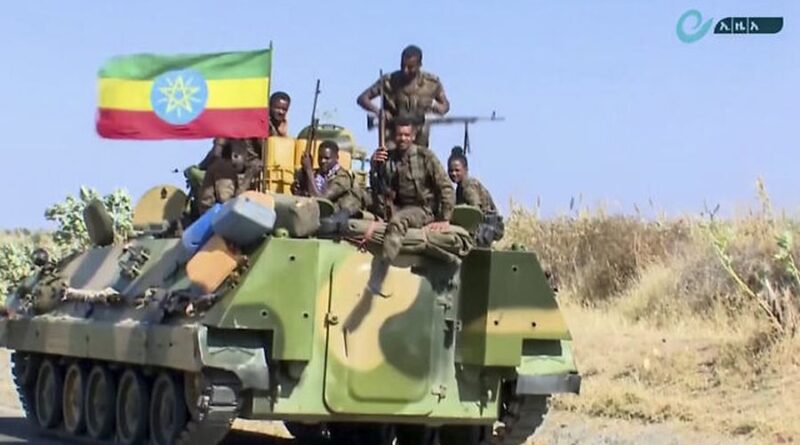 With rebel forces closing the distance to Addis Ababa, Israel, the US and other foreign governments on Saturday, Nov. 5, ordered the evacuation of civilians. Ethiopian Prime Minister Ably Ahmed told his nation to prepare for more sacrifices to save the country after nine rebel groups built an alliance around the Tigray People’s Liberation Front (TPLF) for the key battle to reach the capital and remove the government. The TPLF claimed on Wednesday to have captured Kemissie in Amhara, 325km northeast of the capital, and still advancing.

In June, the TPLF overran two strategic cities in Amhara and Afar, after retaking their Tigray bastion from the 160,000 strong Ethiopian army which had seized northern Tigray since months earlier to liquidate the TPLF. The army was driven back with heavy losses.

On Saturday, Israeli diplomats’ families were ordered to pack ready to leave for home, although the staff ifself stayed on at the embassy.The US ordered non-emergency government employees and US citizens to leave Ethiopia “as soon as possible” as did several other embassies, including those of Saudi Arabia, Sweden and Norway. “Incidents of civil unrest and ethnic violence are occurring without warning. The situation may escalate further and may cause supply chain shortages, communications blackouts, and travel disruptions,” the US embassy said on its website on Saturday. The warning came after the US special envoy for the Horn of Africa, Jeffrey Feltman, was unable to strike a breakthrough in his bid to bring an end to the fighting during a visit last week to Addis Ababa.

On Wednesday, President Isaac Herzog urged the swift extraction of any remaining Ethiopian Jews waiting to immigrate to Israel from Ethiopia.

This brutal year-long conflict has killed thousands, displaced more than 2.5 million and left more than 5 million in urgent need of aid. DEBKAfile adds: The fall of Addis Ababa would plunge Ethiopia, Africa’s second most populous country, into a bloodbath of tribal warfare.

Israel’s neighborly ties with this Red Sea nation go back decades. Our sources report that of late PM Ahmed cooled the relationship when Israel refused to sell his government kamikaze drones for halting the rebels’ advance – despite being his army’s main supplier of weaponry. The prime minister managed to lay hands on a small number of Chinese-made armed drones from Abu Dhabi, following which Iran stepped forward to offer more of those deadly UAVs to the Ethiopian Air Force, buying itself a valuable foothold in the Horn of Africa.
The fall of the Ahmed government in Addis would not necessarily spell the end of its historic ties with Israel. Israel and the Tigrayans have engaged in contacts in the past, while the members of their leading partner in the rebellion, the Oromo Liberation Army are Muslims, but not extremists. However, should the Ahmed government survive the escalating conflict, the Ethiopian army will owe a debt to Iran for its help. Tehran will not be slow to convert it into the coin of heightened influence in the capital and pushing Israel out.