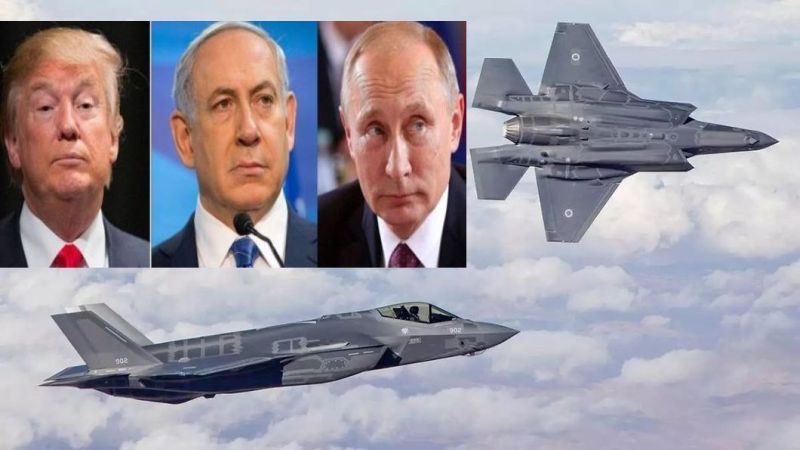 Israel might be prevailed on to accept Syrian military forces on its Golan border – provided Bashar Assad agrees to respect the 1974 ceasefire lines and accepts a UN observer force for monitoring the demilitarized zone (DMZ). According to DEBKA Weekly’s sources, that is the concession Prime Minister Binyamin Netanyahu offered Russian President Vladimir Putin when they talked in Moscow on Wednesday, July 11. This concession was to be part of a package deal that Putin is to tie up with President Donald Trump in Helsinki on July 16. But, above all, it would be contingent on Iran agreeing to fit in with Putin’s deals with Israel and the US and leave Syria – clearly a pipe dream.

The roughly 235 sq.km demilitarized zone, on which the Netanyahu-Putin talks hinged, runs north from the southern tip of the Golan up to Mt Hermon. Its width varies according to the terrain from a narrow strip of a few dozen meters in the south, to 6 km. at the northern end of the Golan and widening out to 10k on the Hermon (See attached map.) If Putin and the Syrians were to buy the Israeli proposal, Israel would pay the price of accepting Syrian tanks and artillery posted opposite IDF defense lines – not only on the Golan but also the Sea of Galilee (Lake Kinneret), which is Israel’s primary source of water. For this concession, Israel would exact Russian and Syrian guarantees for the removal of all pro-Iranian forces, including Hizballah and the Iraqi, Afghan and Pakistani Shiite militias under Revolutionary Guards command, from every inch of Syria.

However, no assent on this road map emerged from the Putin-Netanyahu face-to-face in Moscow on Wednesday, July 11, although they will no doubt talk again. Their meeting was accompanied by the sounds of the first direct Israel-Syrian duel over Quneitra and the Golan. An Israeli Patriot downed an intruding Syrian drone and its air force retaliated by bombing three Syrian army posts in the Quneitra district.

Putin is to be offered further inducement for ridding Syria of the Iranians at his summit with President Donald Trump on July 16. The plan is to offer a US pullback from eastern Syria and the border with Iraq – which would start at the end of the full evacuation of Iranian, Hizballah and Shiite forces from the country. On the table first would be the US exit from the strategic Al-Tanf outpost commanding the intersection of Syria, Iraqi and Jordanian borders. (See attached map.) Our sources report that the aides preparing Trump’s summit with Putin advise him to limit his offer to Al-Tanf, but they realize that the president may expand this offer in the heat of bargaining.

Officials in both Washington and Jerusalem hope Putin sees the attraction of the US-Israeli proposals in that they enable Assad to take over Syria’s frontier lands with Israel, Jordan and Iraq without firing a shot, amid Russian-brokered ceasefire deals with the rebels. But Iran is an outsize fly in the ointment. With a stranglehold on the Syrian-Russian partnership, its rulers are fixed in their determination to stay in Syria, come what may. They might possibly be moved by Trump offering through Putin some relief from the ever-toughening sanctions he will clamp down on the Iranian economy and oil sales in the coming months. That scenario is just as unreal. Trump can’t afford to show weakness on Iran with Secretary of State Mike Pompeo’s nuclear and missile disarmament negotiations with North Korea at a delicate juncture. (See a separate article.)

DEBKA Weekly’s intelligence sources report that Netanyahu presented Putin with a list of the units Hizballah and the ‘Shiite militias are fielding for the Syrian army’s Daraa and Quneitra operations close to the borders of Jordan and Israel:

Our sources reveal its contents here for the first time:

Together they comprise 18,000 combatants under the orders of Iran’s Southeastern Syrian Command from its base at Izra. Therefore, around half of the fighting strength in southeast Syria consists of Shiite troops under Iranian command, in flagrant violation of Putin’s commitment to the US and Israel to keep those troops out of Syria’s southern campaigns. Under no circumstances, will Bashad Assad forego this vital component of his military strength. Another of Putin’s promises was broken when the Russian air force conducted dozens of air strikes in support of this combined southern Syrian offensive.

Netanyahu’s information was not news to the Russian president, who receives daily briefings on the various Syrian warfronts. According to our sources, Putin’s plan was to procrastinate on Netanyahu’s complaints and keep him waiting for answers until he sees the US president next Monday. He will then press Trump hard to get him to hold Israel back from going to war against the Syrian, Hizballah and pro-Iranian forces approaching its borders. (More details in a separate item.) Putin has five days to turn the situation around. Halting the Assad army’s advance in the south would help, but that will be a tall order given the counter-pressure from Iran for the Syrian ruler to keep going – especially after the initial trading of blows between Israel and Syria on Wednesday.