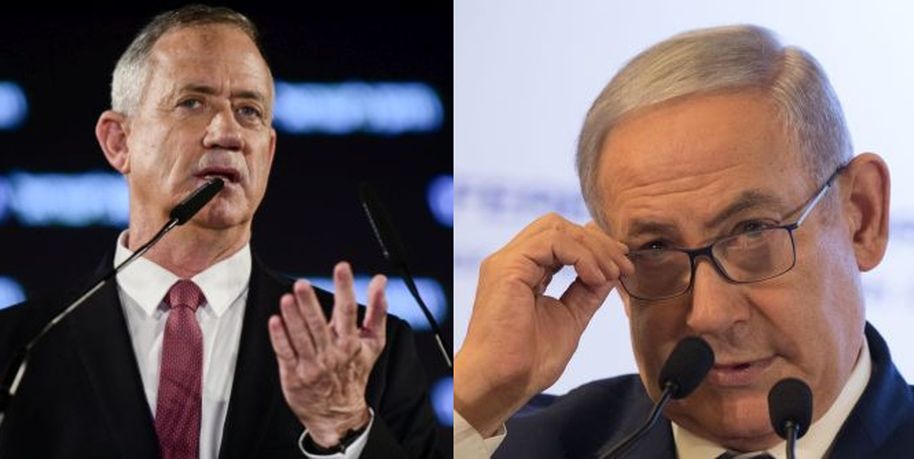 Last-minute mergers may winnow down the abundance of parties running for the next Knesset on April 9 up to the Feb. 21 deadline for registration. Like the campaign so far, the alliances are more about personalities or political survival than national issues, while perceived stars are in high demand.

Leaders of two emerging blocs are hustling for partners, while some of the small fry are ready to jump aboard to escape the dreaded threshold (3.7pc) threat. Prime Minister Binyamin Netanyahu, whose Likud has a top poll rating of 30+, is thinking of the day after election, when he will need a Knesset majority bloc (61 out of 120) to lead the next government coalition. To this end, he is aiming to consolidate a right-wing bloc led by Likud by forcing Jewish Home, the National Union and Otzma into a merger. Alone, one or more of them won’t make it past the Knesset threshold and their votes will go down the drain.

Benny Gantz and his new Hossen L’Yisrael (Resilient Israel) aspires to challenge Netanyahu for the premiership with a bloc of his own. His intense efforts to bring Yair Lapid’s Future party and Orly Abekasis Bridge aboard are stalled. Lapid will accept nothing less than co-leadership and rotation between the two. Abekasis is holding out for top slots at the expense of Gantz’s first partner, Moshe Ya’alon.

While vigorously bidding to expand his base, Gantz’s party is slipping fast in the polls – down from a high 22 to 18-20. His pressing invitation to a fellow former IDF chief of staff Gaby Ashkenazi was firmly declined. Likewise, MK Haim Jelin, who resigned from Yair Lapid’s Yesh Atid party, rejected Gabbay’s offer of the 10th slot on Labor’s roster.
Another general may help Labor stem its downward slide, last-minute recruit Maj. Gen. (res.) Tal Russo, who was quickly slotted into second spot after party Chairman Avi Gabbay. (Russo was commander of the Israel Defense Forces Depth Corps and head of the IDF’s Operations Directorate.)
Addressing the large French immigrant community, the New Right ‘s leaders Naftali Bennett and Ayelet Shaked Wednesday announced that one of its young leaders Yomtov Kalfon, 32, had joined its Knesset list, and called on French Jews to migrate to Israel to escape surging anti-Semitism in France. Kalfon joins the owner of the Beersheba soccer team, Alona Barkat. and two journalists, Caroline Glick and Eliashiv Reichner in top billing on the New Right list
Avigdor Lieberman’s Yisrael Beitenu aims solidly at the Russian voter. MK Oden Forer was in second spot on the ticket announced on Tuesday, followed by Russia journalist Evgeny Sova, former Diamond Exchange CEO Eli Avidor and former MK Yulia Malinovsky. Lieberman, until recently defense minister, says the polls which predict his party’s fall below the minimum threshold are notoriously wrong.