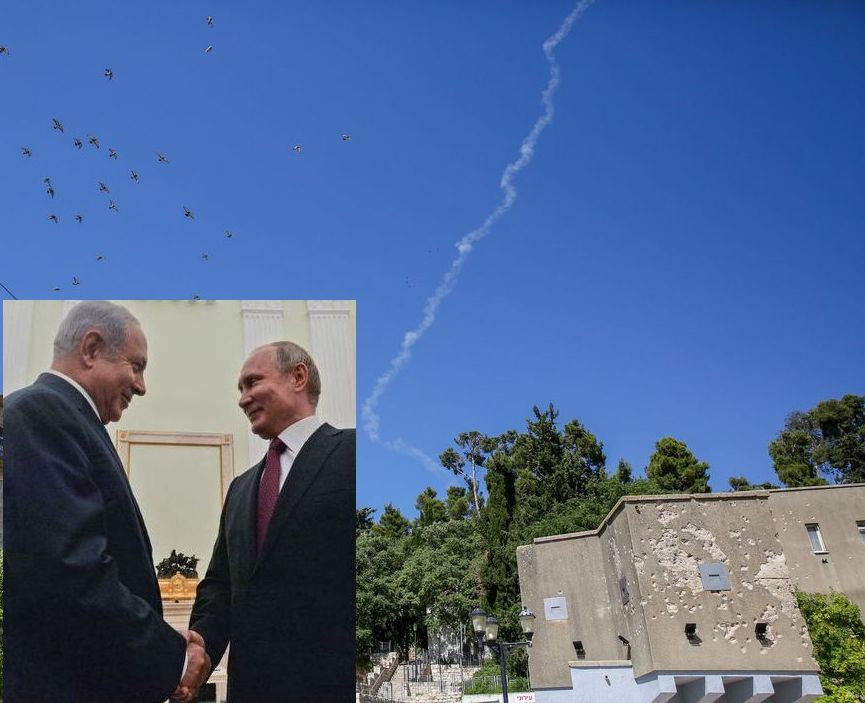 Israel’s official accounts of the critical events around Quneitra  of Wednesday, July 11,   shifted ground, with bearing on the Netanyahu-Putin talks in Moscow.
The Syrian drone shot down over the Sea of Galilee was first attributed to an errant UAV from the Daraa battles 100km away. The IDF spokesman said it was tracked for 15 minutes by 4 Israeli jets and 2 choppers until the Patriot interception was ordered.  DEBKAfile: The Syrians, Iranians and Hizballah have now learned from this incident that it takes the Israeli high command at least 15 minutes to use the red line to the Russian command at Khmeimim and obtain clearance. Meanwhile, although the UAV was not yet known to be unarmed, sirens were not activated to warn the thousands of holidaymakers at Sea of Galilee resorts of a possibly dangerous hostile drone overhead. The sirens only sounded when the Patriot missile blew the intruder up.

Then, after midnight, it was decided after all to retaliate for the purportedly “stray” drone intrusion. Three Israeli air strikes were conducted against Syrian army posts in the Quneitra region. DEBKAfile: The IDF seemed to have borrowed the tit-for-tat strategy long used against Palestinian terror emanating from the Gaza Strip, whose only material consequence has been the steady erosion of Israel’s military deterrence.
The immediate purpose of the overnight IAF strikes against Syria was to accentuate Prime Minister Binyamin Netanyahu’s message to President Vladimir Putin, that Israel is not budging from its demand for the full expulsion of Iranian and its proxies’ from all parts of Syria. After their talks in the Kremlin, an “Israeli official” stated: “They (Russia) have an active interest in seeing a stable Assad regime and we in getting the Iranians out. These can clash or can align.”  This formulation underlined the absence of common ground between Putin and Netanyahu. It is obvious to both parties, as well as to Bashar Assad and Gen. Qassem Soleimani, that wherever the Syrian army is to be found, so too are Iranians and Hizallah.

49 thoughts on “Israeli-Syrian armed duel over Quneitra has begun”