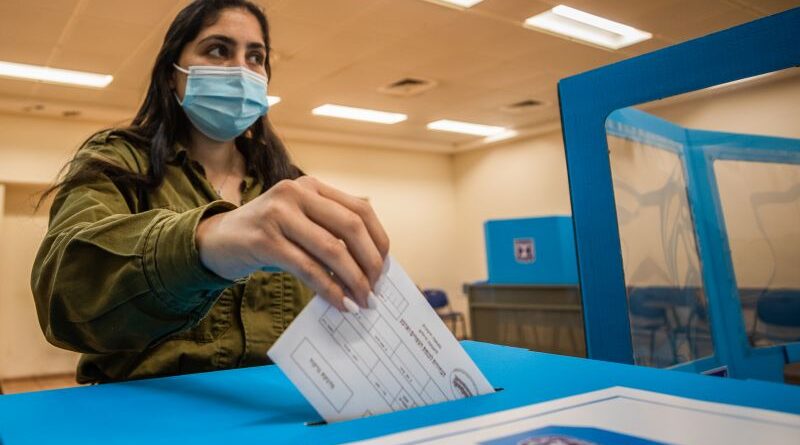 Barring a major upset, Likud leader PM Netanyahu will on Tuesday, March 23 come out of Israel’s fourth election in two years holding the only key to cobbling together a government coalition, his sixth. This time around, unlike the last three, his main challengers are defectors from his own right-wing bloc – Gideon Saar’s New Hope and Naftali Bennett’s Yamina. Yair Lapid’s Yesh Atid, while polling in second place after Likud, is too far down the chart (estimated 18 to Likud’s 32) to pose a viable challenge to Netanyahu.

Lapid’s prospects were further diminished by Naftali Bennett’s 11th-hour pledge on Monday to abstain from supporting a government led by him, so strengthening Yemina’s leverage for making up Netanyahu’s 61 majority government. Saar accused Bennett of crumpling under pressure and falling into his “master’s arms.” Any active jockeying for position in the post-election government has therefore been confined to the rightwing camp. It has pushed Netanyahu’s would-be rivals, Saar and Bennett, down to single-digit numbers and boosted Likud’s score. The Religious Zionist leader Bezalel Smotrich, who is actively touted by the Likud leader, is gaining at their expense and even attracting some ultra-Orthodox voters as well.

If both Saar and Bennett had pulled together and endorsed him, Yair Lapid could in theory have challenged Netanyahu for the top slot. His remaining hypothetical partners don’t add up to a bloc: Labor hopes for 5-6 at best and Lieberman’s Yisrael Beitenu never climbs past 7-9. Others are struggling to cross the 3,25pc threshold for a seat in the Knesset.  And the 15 ultra-Orthodox parties are in Netanyahu’s pocket and have a long score to settle with Lapid and Lieberman.

The issues too have changed:  The old charge hurled against Netanyahu of conspiring to win immunity from trial for corruption has faded into a non-issue. His trial is in process, but it limps along between adjournments over arcane legalistic quibbles as the public turns to more pressing issues and revels in the new freedom from the covid-19 blight afforded by mass vaccinations. While the prime minister parades this success in his grass-roots campaign, his rivals hold up the more than 6,000 of virus deaths and lay them at his door.

As coronavirus restrictions melted away this past week, it became obvious that the economic suffering from successive lockdowns, while painful, was less widespread than portrayed and recovery a lot closer than predicted.

Voter apathy and the size of the turnout on Tuesday will weigh heavily on the results of the first election to take place in the coronavirus era. A year ago, the turnout reached 71pc. Special arrangements are in place, including 50 mobile polling booths, to enable the thousands of people in quarantine to vote as well as the infirm. Serving military personnel cast their votes earlier at polling stations set up at their bases (see picture). Around 500,000 to 600,000 double envelopes will hold up the publication of results. The airport has opened for the arrival of 4,000 returning Israelis a day, in time for the election. The police and border guards are out in force to handle attempts to meddle with the voting and disorderly conduct.