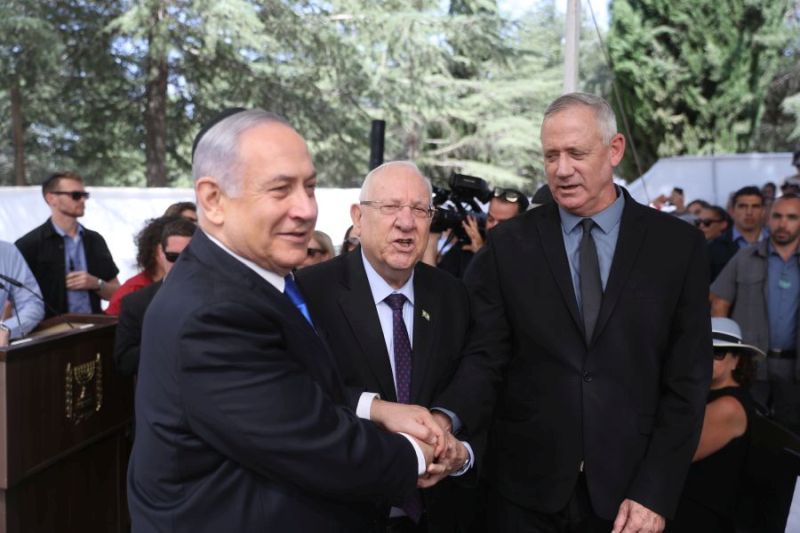 The two rival blocs running for election on Sept. 17 – right-religious and center-left – succeeded in locking each other out of any prospect of establishing a majority government. Prime Minister Binyamin Netanyahu called on all the right parties to rally behind his Likud in order to block Benny Gantz’s Kahol Lavan (Blue-White) Party from taking power at the head of a left-wing administration. For their part, Netanyahu’s two main rivals, Gantz, and Avigdor Lieberman (who frustrated Netanyahu’s attempt to build a majority government of 61 after the April election), called on the voter to oust Netanyahu by denying him his fourth consecutive term as prime minister.

All three failed to accomplish their goals.

Likud was stuck with 31 seats (out of the 120-member Knesset) and Kachol Lavon with 35. Lieberman with 9 seats holds the key, but he is holding out for a unity government that is “secular” in orientation. This would cut the powerful ultra-religious parties out of government for the first time in Israeli history.

Neither Netanyahu nor Gantz can afford to fall in with Lieberman’s terms. For the Likud leader, this would amount to dumping his main allies; for Gantz, dropping his party’s most pressing pledge, never to sit in the same government as Netanyahu so long as three unresolved legal cases hang over his head.

On Wednesday, Sept. 8, while the intractable outcome of the election was still being digested, Netanyahu took the initiative of gathering in the leaders of the right-wing religious parties, representing 55 members, for a bloc meeting to confirm him as their choice for next prime minister when they are consulted by the president. This move was designed to cut the ground from under his main rival, the Kachol Lavon leader. However, Gantz’s supporters urged him not to play into Netanyahu’s hands and rather wait him out until early October, when the Attorney General is due to decide whether to go ahead and finally indict the prime minister on corruption charges.

Meanwhile, national politics are in abeyance with no ready key for unlocking the stalemate. By week’s end, only tough two options were in sight:

1. Netanyahu and Gantz would both back off their demands and conditions so as to pave the way for a national unity government. Some observers predicted that the pressing security issues surrounding current military operations against Iran – most of them hidden from the public eye – might convince the two leaders to bury their differences and establish a united emergency administration. 2. After the second election in five months failed to produce a government, a third, unprecedented, round might become unavoidable.