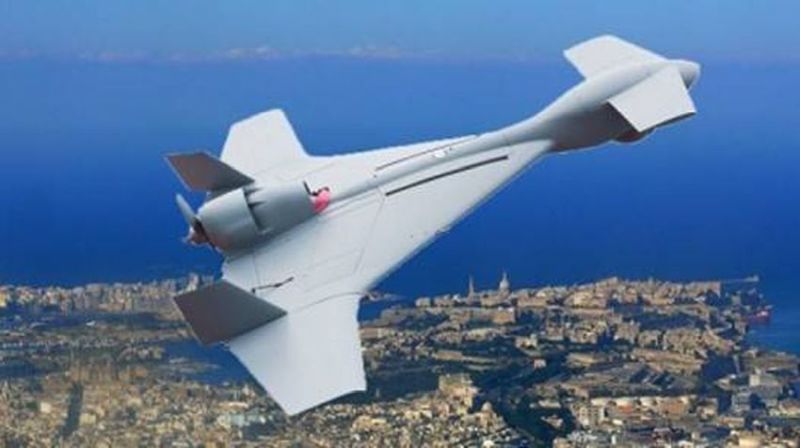 Iraq’s Prime Minister Adel Abdul-Mahdi had more than one bone to pick in Tehran when he arrived for urgent talks on Monday, July 22. “The premier met with Iranian officials to discuss the issue of Strait of Hormuz, especially after Tehran seized the British-flagged tanker Stena Impero last Friday,” was all an Iraqi official admitted. He added that Mahdi wanted to help ease tensions between Tehran and the West.

However, the real object of his trip was touched on in another quarter while he was sitting opposite Iranian President Hassan Rouhani. Prime Minister Binyamin Netanyahu, who is fighting an uphill reelection campaign, resurrected a segment of his UN General Assembly speech of Sept. 27, 2018, in which he warned Iran against depositing long-range ballistic missiles with its tame Shiite militias in Iraq for launching against Israel. That base would be bombed, he said..

That video clip was Israel’s second backhanded assumption of responsibility for the unidentified drone attack on the Iraqi Shiite Hashd Shaabi’s 52nd Brigade at a Badr Brigades base near the town of Amerli in the province of Salahudin, roughly 1,000km from Israel and close to the Iranian border.

The first indirect reference to this operation came a day earlier from Tzachi Hanegbi, a close associate of Netanyahu. He told an interviewer that Israel was the only country in the world who killed Iranians in the last two years, although, in fact, the Israeli drone attack in Iraq caused no casualties. Rather than killing people, it was programmed to take out the Iranian ballistic missiles stockpiled there ready for the Badr base’s conversion into a launching pad for missile attacks on Israel.

That base was Mahdi’s main bone of contention with Tehran. He accused Iran of violating Iraq’s sovereignty by deploying ballistic missiles on its soil without a by-your-leave from Baghdad. He cited a solemn personal pledge given him by Iran’s supreme Middle East commander, Al Qods chief Gen. Qassem Soleimani to refrain from deploying military personnel, missiles or drones on Iraqi territory. The prime minister demanded clarifications for this gross violation of that pledge. He came away from his talks in Tehran empty-handed with no response to his protest or respect for his demands. The IRGC appears determined to continue to use Iraq for its aggressive purposes.

DEBKAfile on Sunday, July 21was the first publication to identify the Israel drone which attacked the Bader base as a Harop CUAV. This drone is a standoff loitering attack weapon system designed by Israel’s Aerospace Industries to locate and precisely strike targets at a range of I,000km. This stealth CUAV can loiter overhead for six hours before pinpointing and exploding on its target. If it can’t locate the target, the Harop heads back to its launching site.

Notwithstanding this long-range capability, the Israeli Air Force is revealed by DEBKA Weekly’s military and intelligence sources to have sent three F-16 fighter-bombers to ferry three Harops through Jordanian airspace up to the western Iraqi town of Ar-Rutbah, a strategic junction on the Amman-Baghdad highway and the Kirkuk-Haifa oil pipeline. From there, the flying bombs made a beeline for the Badr camp and demolished a consignment of Fateh-110 medium-range ballistic missiles recently deployed there by Iran.

The solid-fueled Fateh-110/III can carry a 650kg payload, including nuclear and biological warheads, and be launched from its road mobile system from any location. It is also armed with a precision targeting and a guidance system.

The Israeli operation for destroying Fateh 110s stocked by Iran in Iraq for further distribution before this dangerous missile could be launched, broke new ground on three counts:

1. It was the Israeli Air Force’s first known use of a Harop CUAV to strike an Iranian target.

2. It was also Israel’s first anti-Iran air strike deep inside Iraq and very near the Iranian border.

3. For the first time, the existence of operational-intelligence cooperation between US and Israeli armed forces in their struggle against Iran, was revealed, DEBKA Weekly notes. Ar-Rutbah, one of Iraq’s Sunni-dominated towns, lies east of the big US Ayn al-Asad air base in the western Iraqi province of Anbar. There can be no doubt that Gen. Kenneth F. MacKenzie, US Central Command chief, was fully apprised of the Israeli operation and received live updates through the air base’s tracking station.

While the attack was in progress, no military personnel other than American forces were present at Ar-Rutbah. Three days later, on July 22, they suddenly vanished after being tipped off by the town’s authorities or nearby Sunni tribes that a Bader gang was on its way to wreak revenge on them for the IDF drone raid.

Just as the Iranians eventually retaliated for the capture of their super tanker Grace 1 to Gibraltar by seizing the British-flagged Stena Impero last Friday, they are unlikely to let Israel get away with its damaging pre-emptive operation in eastern Iraq without exacting a price.