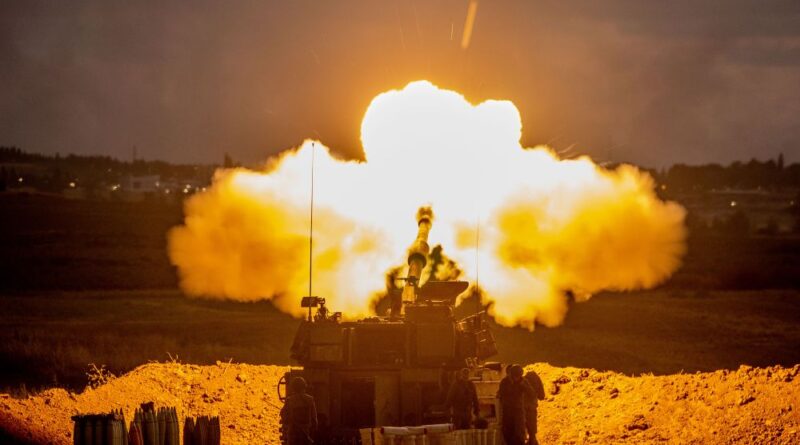 The IDF calculated on Tuesday, May 18, that, after nine days of combat, it is close to achieving all the goals set for Operation Guardians of the Wall that was launched in the wake of a Palestinian rocket blitz on Israeli cities. The outcome emerging from the ongoing exchanges between the United States, Israel and Egypt is that no ceasefire will be formally announced for lack of appropriate conditions. Instead, the military operation will carry on for another couple of days – up to early next week, at the latest. The IDF will then proclaim a day and an hour for ending its Gaza campaign stating that its goals were achieved.

DEBKAfile; sources report: The Egyptian brokers have bluntly informed Hamas and Islamic Jihad in their direct talks that they must halt their rocket barrage at the appointed day and hour, if they want Israel to stop its relentless attacks on their leaders and war machine.  But if they continue to shoot rockets at Israeli population centers, IDF warplanes will return to the skies of the Gaza Strip and pick up the campaign where they left off.

Israel’s government leaders are amenable to wrapping up the fighting. Less so are its military and Shin Bet security service commanders, who say that more needs to be done before their masterplan finishes eclipsing the Palestinian terrorists’ war capabilities. One Jerusalem official commented: “The IDF and the Shin Bet are eager to finish the job.”

On Monday, 9 Hamas commanders’ homes were hit and another section of the “Hamas Metro” tunnel system. In 10 days, a total 3,100 Palestinian rockets had been aimed at Israel population centers, including the major cities of Jerusalem, Tel Aviv, Beersheba and Ashdod as well as a large segment of the South. killing 11 Israelis and injuring more than 600.  According to one reckoning only 2pc of Palestinian rocket fire hit their targets.

The IDF reckons to have destroyed 130km of the ”Hamas metro,” mostly in southern Gaza. On Tuesday, the air force was ready to start demolishing the northern section of the sprawling underground network. The Palestinians report 188 dead in all including civilians. Most, according to the IDF were Hamas and Jihad fighters and commanders and victims of Hamas rockets that fell into the enclave. Some civilians were killed, despite the IDF’s supreme effort to avoid collateral casualties by using precise ordinance for surgical hits and prior warnings of bombing attacks.