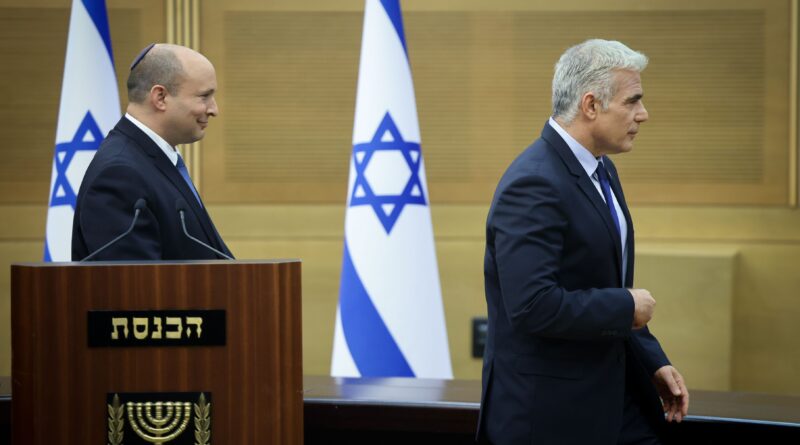 In a farewell speech, PM Naftali Bennett handed over the caretaker premiership to his partner. Alternate PM Yair Lapid on Monday, June 20, after they called a new national election for Oct. 25. The surprise decision cut short a crisis of defections that had mortally plagued the coalition alliance of eight parties just one year and a week after it was sworn in as “the government of change.”

Opposition leader, Likud’s Binyamin Netanyahu, who was unseated by that government, hailed this as “a great day for the country” and vowed to establish a broad national government to bring taxation and the spiraling cost of living down. Likud is due to hold a leadership primary in the coming weeks.
Bennett said in his speech that he and Lapid had “turned every stone” to save the government coalition. But after losing its majority, it was unable to enact essential legislation. He named in particular the regulations governing the legal status of Israeli citizens of Judea and Samaria, failure to extend which by Friday, would land the territory in chaos.

It will be up to Lapid to receive Joe Biden on July 13 when he arrives for his first trip to Israel as US President.  Bennett has stepped aside to act as alternate prime minister with responsibility for the Iran file.

Bennett listed his government’s most significant achievements in its abbreviated term as being initiating working teamwork and dialogue across the political spectrum from left to right – a precedent that has changed the political landscape. He also referred to the passage of the state budget, economic growth, curbing Covid-14, and upsetting the projected international nuclear deal with Iran without prejudicing Israel’s close ties with the US.

The Gaza front, furthermore, had its quietest period in years, while nightly IDF-Police-Shin Bet raids of northern Samaria (Jenin) cut short the wave of deadly Palestinian terror that beset Israel’s cities earlier this year.
Bennett finally offered Lapid, who takes over as caretaker premier, every assistance to ensure him of success in his mission. Political sources expect him to take time out from politics rather than running for re-election at the head of his midget right-wing Yamina party, after three out of eight MKs defected.
Lapid lavished praise on Bennett’s performance as prime minister, lauding him for “putting the good of the country before any personal interest” and adhering to their partnership as comrades when obstacles stood in their path. “Bennett is still young enough to look forward to many more years of national leadership,” said the incoming head of government.