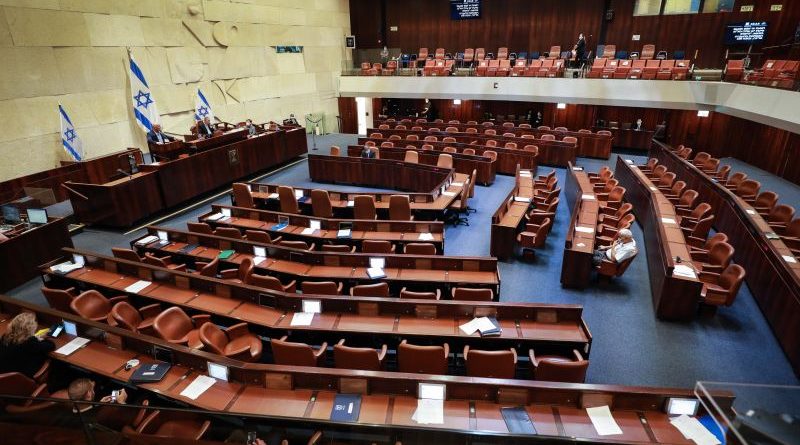 Nine months after being sworn in, the 23rd Knesset dissolved at midnight on Dec. 22 and its 120 members left an empty chamber, after failing to pass a state budget for 2020. Israel holds its fourth election in two years on March 23rd. The “unity government” established for a consolidated effort to battle the coronavirus lasted seven months before collapsing under the weight of endless squabbles between the two main partners, Likud and Kahol Lavan.

PM Binyamin Netanyahu said he had no wish to face the voter again, and blamed his coalition partner, Kahol Lavan leaderm defense minister Benny Gantz, for forcing this election by allowing his fellow faction member, Justice Minister Nissenkorn, to impose “a leftist dictatorship.” He promised his Likud would win big. Gantz’s rejoinder: “It’s all lies.”

Likud’s main challenge this time round comes not from the fragmented Kahol Lavan as in the last three ballots, but the right wing, including the new party set up last week by the defecting former minister Gideon Saar, and Naphtali Bennett’s Yemina.

Some of the parties contesting the vote will hold leadership primaries. They must submit their slates by Feb. 7.

By a hairline majority of 49 to 47, Israel’s parliament acted in the small hours of Dec. 22 to dissolve itself at midnight, forcing the country to endure its fourth election in two years on March 23. The vote came amid a stormy debate and bitter Likud recriminations against Defense Minister Benny Gantz and his rebellious Kahol Lavan faction, which forced the vote hours before the budget deadline. This shut the door on even the faintest chance of a compromise for staving off an unwanted election in the middle of a soaring coronavirus crisis.

Jumping the aisle with them to vote with the opposition, Likud lawmaker Michal Shir Segman announced she was joining Gideon Saar, who split from Likud last week to establish a new party in opposition to PM Binyamin Netanyahu.

Kahol Lavan leader Benny Gantz opted out of a potential deal with PM Binyamin Netanyahu, on Monday, Dec. 21, as the Knesset was poised to vote on a compromise for warding off dissolution and an unwanted election, by postponing the budget deadlines. The cliff-edge measure was carried by a five-to-four vote in committee and was due to be rushed through the plenum for its first, second and third readings on Monday night, 24 hours before the budget deadline. At that moment, Gantz turned the clock back to the start of the negotiations with Netanyahu’s representatives for a deal to save the government and avert Israel’s fourth election in two years, by dredging up his original conditions, which the prime minister had summarily rejected.

This crisis came in the wake of defections in both Likud and Kahol Lavan camps, which threatened to overturn a Knesset majority for a compromise.

Anti-Netanyahu rebel Gideon Saar had just broken away from Likud and set up his New Hope party, which has drawn a handful of supporters, including the two-man Derekh Eretz faction and a couple of likely Likud lawmakers. Many of Gantz’s 15-member faction were in open revolt against him and rejected his maneuvers for coexisting with Netanyahu in an unhappy partnership for the sake of attaining the premiership promised him next November.

Several key lawmakers were also either down with covid-19 or in quarantine and therefore unable to vote. Gantz himself was committed to quarantine at the end of the day. The Likud-Kahol Lavan partnership split sharply in the coronavirus cabinet on Monday against the prime minister’s demand to halt international flights into the country against the threat of imported infection from the British covid mutation.

Sunday saw thousands of people trooping to the hospitals and sick fund stations on the first day of Israel’s rollout of a coronavirus vaccine.