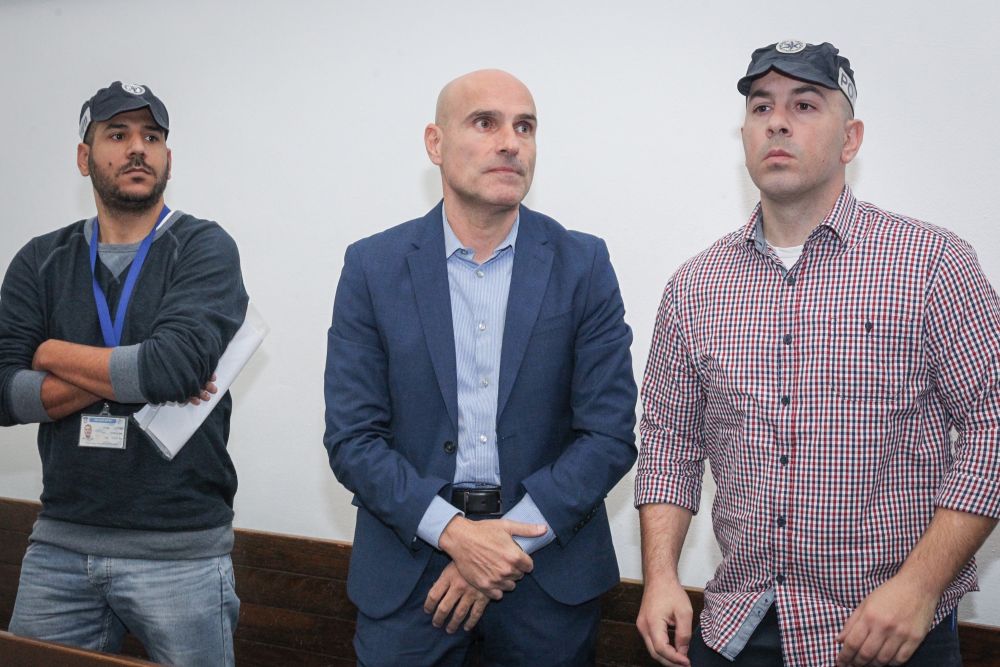 Effie Naveh, head of the Israeli Bar Association, was arrested Tuesday morning, Jan. 16, as the main suspect in the judicial appointments-for-sex case. A Tel Aviv magistrate’s court later released him on seven-day house arrest and prohibited him from entering the Association’s premises for a month. Also released after interrogation were the two other suspects in the affair, a judge, who has meanwhile been suspended, and an attorney – both females. The police prosecutor indicated to the court that the investigation was still in its early stages and as it branched out, several more people may expect to be called in for questioning. The Attorney General has meanwhile recused himself from the case in view of his friendship with the main suspect.
DEBKAfile reported earlier Tuesday: Israeli police on Tuesday released first details of a major investigation into allegedly corrupt practices in the appointment of judges. The case was kept under a gag order for the past two weeks. Police arrested the main suspect in the Lahav 433 division’s investigation of alleged sexual bribery for judicial appointments, raided the Bar Association’s offices and searched through files and computers. Three deputies of the Association’s chairman resigned. Prominent figures were called to testify in their capacity as members of the Judicial Appointments Committee. They included Justice Minister Ayelet Shaked, Finance Minister Moshe Kahlon and President of the High Court Esther Hayut.  Also summoned were High Court Judge Hanan Meltzer (who is also chairman of the Central Elections Committee), Judge Neil Handel, Ilana Seker, a member of the Bar Association, and two Knesset Members, Robert Iltov and Nurit Koren.

The first details released by the police have sent shock waves through the entire judicial system and placed its credibility as heads of the law enforcement system in grave jeopardy. Even though these prominent figures may not be directly implicated in wrongdoing, they stand accused of failing to notice what was going on for years despite pervasive rumors. The ongoing investigation and eventual indictments of the guilty parties as they unfold and are released for publication threaten to send offshoots deep into national politics which is already spooked by disruptions ahead of the April 9 general election.