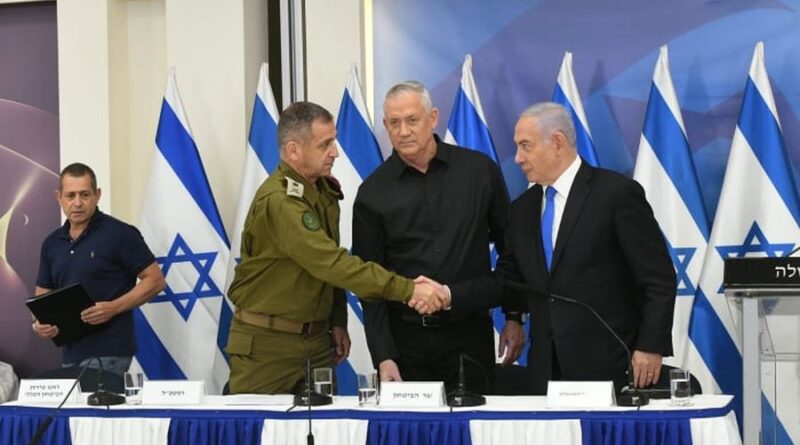 Certain gaps remained in the summing up on Friday, May 21, of the IDF’s 11-day Gaza operation by PM Binyamin Netanyahu, Defense Minister Benny Gatz and Chief of Staff Lt. Gen, Aviv Kochavi, DEBKAfile’s analysts find as a ceaseefire went into effect.

The prime minister said Hamas faces a new equation: Israel will no longer tolerate rockets in dribs and drabs but will hit back hard for the slightest sign of aggression. But according to military data, Hamas and Islamic Jihad are still left with a stockpile of at 10,000 more rockets

Netanyahu asserted that “calm was restored and [Israel’s] deterrence bolstered.” No one can tell how true this assertion turns out to be. Hamas is not the Lebanese Hizballah which, after a resounding defeat in 2006, kept its head down for 15 years. The Palestinian terrorists in contrast won’t turn a hair even if Gaza’s dense population centers are razed to the ground, any more than they did in the face of the devastation wrought by the IDF counter-terror operations of 2008 and 2014.

Those dates suggest that Hamas plans to wage a new war against Israel every six years. Gantz and Kochavi were more realistic when they commented that the operation was “over but not finished” and more was yet to come.

None of this detracts from the IDF’s remarkable performance. Under Gen. Kochavi, the high command and the air force functioned with near-clockwork efficiency and the air force and military intelligence (AMAN) displayed aptitudes for high precision and might, never before seen in any Middle East conflict. The Kochavi doctrine of rapid blows to swiftly subdue the enemy was fully vindicated.

But Hamas has nonetheless come out of the 11=day confrontation with gains that should not be ignored: