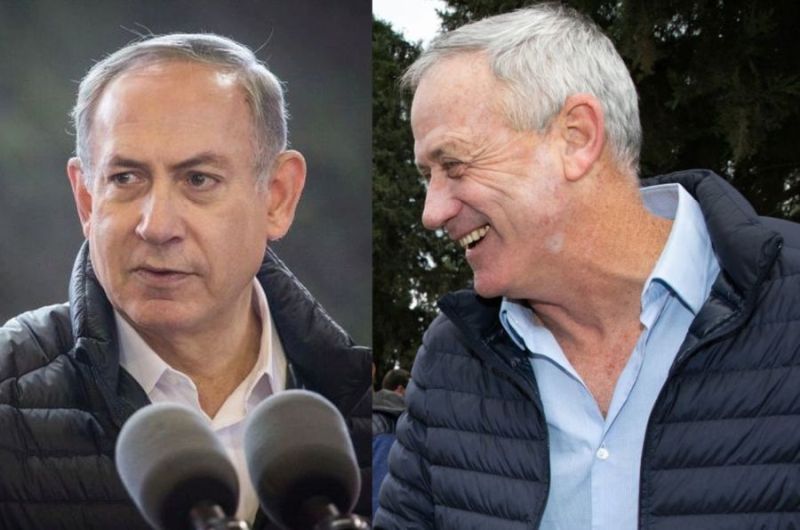 Israel has undergone 21 parliamentary election campaigns in its 72-year life as a democracy, but the current contest culminating in the April 9 election is the weirdest ever. None of the candidates addresses the usual issues of concern to the individual voter, whether security, the economy, medical care, the social gap, crime, education, or even taxes. Somehow, cannabis has become the talk of the campaign. Adopting this issue as his centerpiece has hoisted Moshe Feiglin’s Zehut right-wing fringe party Zehut to the attention of the big boys. On Wednesday, April 3, the Likud leader, Prime Minister Binyamin Netanyahu, pledged in a well-publicized statement to initiate legislation in the next Knesset for decriminalizing the sale and use of cannabis.

Feiglin was thrown out of Likud for his way-out views, such as rebuilding the Jewish Temple on the site of the Moslem Al Aqsa Mosque. His party, one of 42 running for election, was also laughed at as an outlandish fringe joke which would never pass the threshold. Nevertheless, since he adopted the cannabis cause, passing round joints at party gatherings, the societies dedicated to this campaign are flocking around him, swelling Zehut’s support to projected 5-7 Knesset seats (out of 120).

Feiglin is now inviting bids to join the post-election government and, like other small fry, will join whichever of the five main political blocs offers the most cabinet portfolios, whether rightwing, left-wing, centrist, religious or ultra-orthodox, the traditional breakdown of Israel’s political groupings. (The Israeli Arab parties permanently opt for the opposition benches in parliament.)

The campaign itself is revolving essentially around the competing leaders’ personalities:

1. Binyamin Netanyahu’s future is in the balance – although his successful talks with President Vladimir Putin on Thursday, five days before the election, and Russia’s retrieval of the missing Israeli soldier Zachary Baumel after 37 years, has given him a needed leg up.

2. The new centrist Blue-White party’s platform centers on the drive to disqualify Netanyahu as future prime minister and replace him with Benny Gantz and his partners, former TV broadcaster Yair Lapid and former chiefs of staff Gaby Ashkenazi and Moshe Ya’alon.

3. Netanyahu, who is running the Likud campaign almost single-handed, has managed to sideline the bribery corruptions allegations and possible indictments against him, only to find his rivals switching their targeting to his wife Sarah and son Yair for ridicule, while presenting him as a puppet in their hands.

4. The prime minister was not averse to hitting back at his rivals with personal smears and innuendo. He has harped on the hacking by Iran of Benny Gantz’s smartphone amid suggestions that it contained evidence of Gantz’s immoral sexual conduct, bad enough to leave him vulnerable to enemy blackmail. “If he can’t guard his own phone, how will he guard national security?” Netanyahu asks. The Likud leader also derided Gantz for his failed business venture and bankruptcy, after retiring from the IDF, as rendering him unfit to steer the national economy.

Blue-White, a new party grouping formed shortly after the election date was set, has its own internal problems. To bring Lapid and his Future party aboard as the only component with political experience, Ganz agreed to rotating the premiership if the party was elected – himself serving in the first two years and handing over to Lapid for the remaining eighteen months. This unconventional arrangement does not go down well with the average Israeli voter. Furthermore, leaked recordings from meetings of the Blue-White leadership show its four partners to be muddled and at odds over campaign messages. Most damagingly, Gantz declared that he is perfectly willing to share government with the rival Likud, provided that Netanyahu is out of the way. It was also obvious that he did not trust any of his three partners.

Independent canvassing of Israeli opinion by academic statisticians show that while 50 percent of Israelis don’t believe the polls, Likud and Blue-White are in a tight race although Likud began on Thursday to edge past the 30-seat mark and opened a three-mandate gap with its chief rival. If this trend solidifies in the next four days, Likud’s leader will form the next Israeli government. If it is reversed, the two big adversaries may have to joint to form a national unity government, or Blue-White will split and either Blue or White will join. Under Israel’s basic laws, the party leader with enough parliamentary support to form a coalition government is chosen by the president as prime minister-designate.