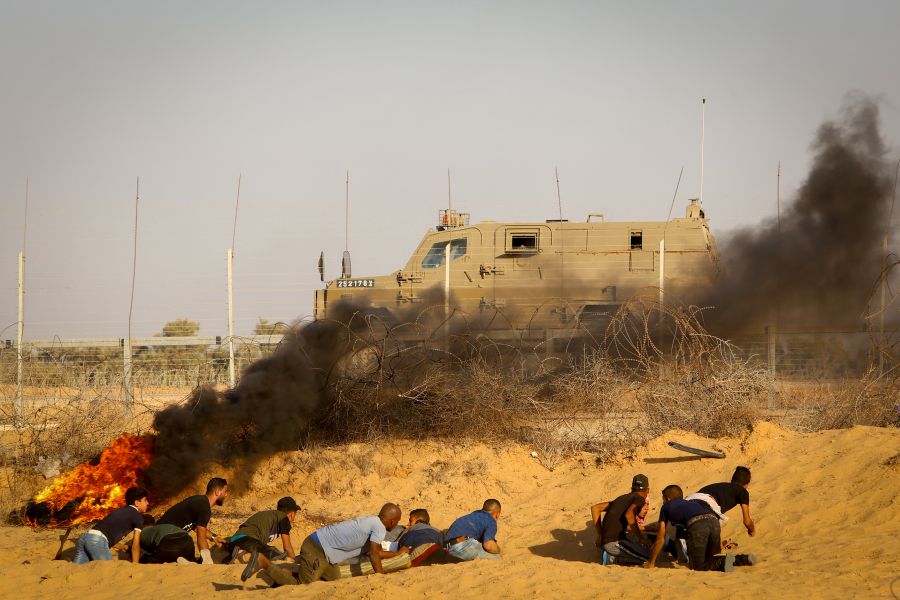 The “containment” policy for Gaza instated by Prime Minister Binyamin Netanyahu and the previous chief of staff Gady Eisenkot, consisting of tit-for-tat for terror within bounds, has never been a workable strategy since it draws on six misconceptions:

All these dos and don’ts were not set forth as a cogent program or policy but put together bit by bit as patches that were stuck on piecemeal whenever security crises sprang up and called for fast solutions to avert a major flare-up. In the past two years, such cases recurred whenever Hamas and its ally Islamic Jihad decided to release massive rocket barrages against the Israeli population. Even then, both sides kept within certain red lines to avoid a major conflagration: Hamas took care to aim its rockets mainly against peripheral southern districts – not big towns – except for some isolated incidents, as insurance against painful Israeli retaliation.

This standoff has had the effect of tying Israel’s hands and confining its military leeway within a kind of tacitly accepted framework called “containment,” which leaves the initiative with Hamas. This convention enables the terrorist organization to go into action in support of new demands for concessions and benefits, knowing that Israel will agree to terms in order to keep the framework intact.

On Sunday, Aug. 16, a day after the latest Hamas rocket attack drew forth no IDF response, Netanyahu said on his way to Ukraine that the IDF is dealing with the Gaza situation on purely rational and security grounds, and should a major operation become necessary it would take place irrespective of campaigning for the Sept. 17 general election. His message was mostly addressed to the rivals racing him to the ballot. Those rivals, including the generals-turned politicians who lead Blue-White, were party to that selfsame policy before they shed their uniforms. Now they accuse PM Netanyahu of weakness in combating Palestinian terror and vow to launch a large-scale military operation against Gaza as soon as they remove him from power.

DEBKAfile affirms that neither Netanyahu’s remarks nor those of his rivals count for much: the situation with Hamas has sprouted too many complications to be disentangled any time soon. Israel’s political and diplomatic policies have become prisoners of this self-made “containment” framework. It would take a new and mighty force to smash this frame and unshackle Israel and its military from their no-win, no-lose posture towards radical Palestinian terrorists.

41 thoughts on “Israel’s no-win, no-lose Gaza policy has too many layers to be scrapped in a hurry”