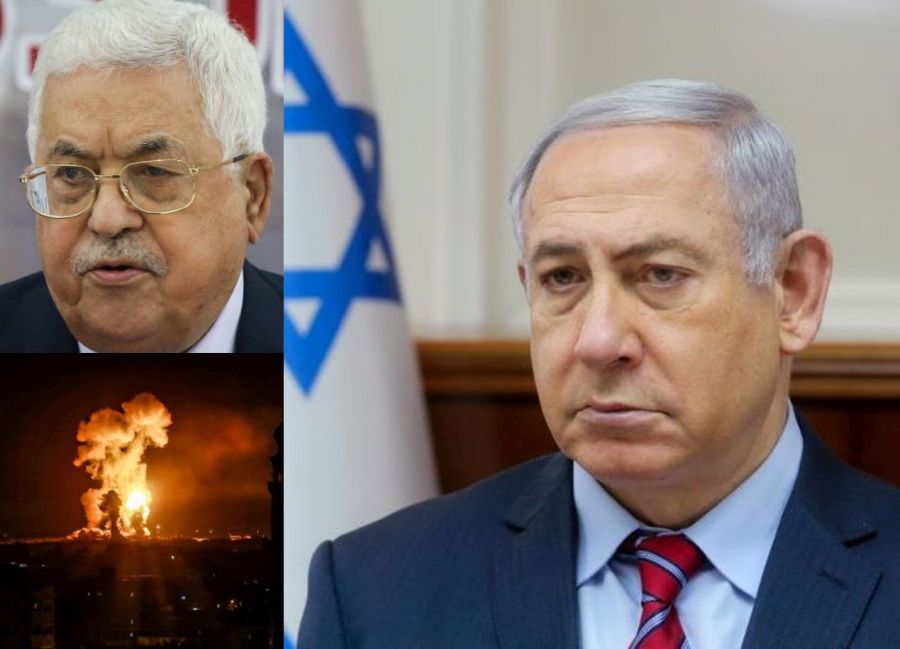 Fork out $15m in cash per month to else face more missile and border attacks. Hamas slapped this ultimatum (ransom demand) before Israel on Saturday night, Oct. 27, just hours after more 50 Palestinian missiles slammed into Israel from the Gaza Strip during Friday night and Saturday morning. This demand found Israeli military officials again working overtime to let the Palestinian Hamas terrorists off the hook, as they have done in the seven months of violence. The IDF spokesman’s latest dodge was to blame not Hamas, but the pro-Iranian Palestinian Islamic Jihad for the latest barrage, claiming that it was ordered by Al Qods chief Gen. Qassem Soleimani, commander of Iran’s regional warfronts, with Damascus’ approval.
Hamas, in recognition of the Israeli gesture, held its fire from Saturday noon. Israel too halted its tit-for-tat air strikes on 87 Hamas and Jihad targets in the Gaza Strip.
The IDF’s playdown of Hamas’ conduct is consistent. Last Wednesday, when heavy Grad missiles were aimed at Beersheba and central Israel, the IDF spokesman came up with this narrative: They were not fired deliberately by terrorists, but set off when their launchers’ electrics were triggered by lightning. He did not explain how the battery released only two missiles in different directions – one flying north and the other east, where it smashed into a Beersheba home. Hamas picked up on this opening and said the volley had been a mistake.
But there are no mistakes about the mobs attacking Israeli soldiers guarding the border fence – not just on Fridays, but almost every day, along with the daily terror-by-arson incendiary balloons.  Saturday night, Hamas  demanded an Israeli pledge of a regular $15m per month in cash – to be delivered before the end of the week, else the raging Gaza mobs – 15,000 strong last Friday – will be out again on the border fence this Friday with their home-made bombs, grenades, rocks and burning tires for the soldiers, and more missiles for the Israeli communities next door.

Israel’s “reward” for withholding effective action for keeping Hamas’s seven-month violence in check is therefore a demand for ransom, or protection money, under threat of violence.

Prime Minister Binyamin Netanyahu, in his first response to this outrageous demand, told the weekly cabinet meeting on Sunday: “Israel will not at any stage meet an ultimatum from Hamas.” He did not explain how Hamas had been allowed to become brazen enough to slap an ultimatum in Israel’s face.  The prime minister’s next move was to warn the Palestinian Authority Chairman Mahmoud Abbas against carrying out his threat to cut off all financial transfers from Ramallah to Gaza in order to starve Hamas into submission.  He already withholds payment for the enclave’s electric bills. In other words, Israel has passed the buck for the Hamas ultimatum to the Palestinian leader.

Another notable feature of IDF finger-pointing at the Islamic Jihad was a threat: “No one is safe from Israeli punishment which may also take place outside the Gaza Strip,” said the spokesman, issuing Israel’s first open threat to attack Iran’s Al Qods Brigades in Syria.

DEBKAfile’s military sources report that these brigades, composed mainly of Iraqi Shiite militias under Iranian officers, are posted in the eastern Syrian town of Abu Kamal and Al Qaim in western Iraq. Additional groups are located outside the Syrian towns of Hama and Aleppo. The latter are close enough to the Syrian town of Masyaf to be shielded by the newly-deployed Russia S-300 air defense missiles. It is hard to imagine the Israeli air force which, since this deployment, has stayed out of Syrian skies. risking strikes on those Iranian Al-Qods forces. However, the militias Iran has positioned in eastern Syria are another matter. If Israel decides to target Iranian forces in Syria, those positoned close to the Syrian-Iraqi border would be the most vulnerable. Such an attack would also serve the purpose of severing Iran’s coveted land bridge through Iraq to Syria.