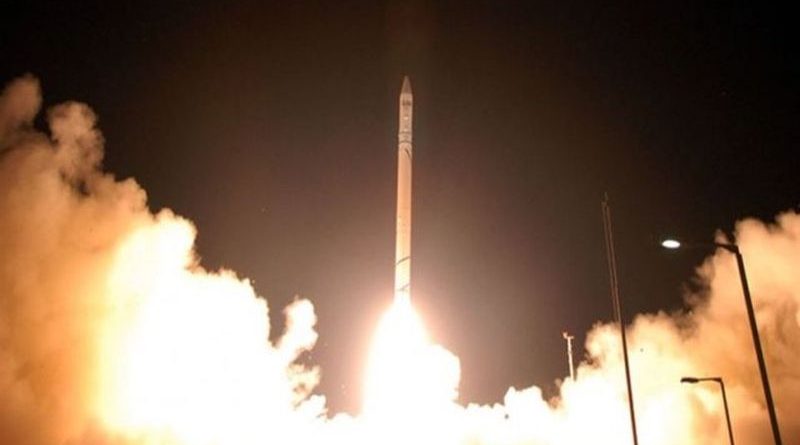 The Ofek 16 reconnaissance satellite was launched into space from the Palmachim Airbase in central Israel at 4.00 AM July 7 using a Shavit launcher. It has begun orbiting the earth and transmitting data.

“Ofek 16” is an electro-optical reconnaissance satellite with advanced capabilities. It will undergo a series of tests for integrity and performance before becoming operational and handed over to the IDF’s 9900 Intelligence Unit.

Both the Ofek satellite series and the Shavit are joint projects led by the Defense Ministry’s Defense, Research and Development Space Administration. Israel Aerospace Industries is the senior contractor, using its OPSAT platform. The satellite’s payload was developed by Elbit Systems, the launch engines by Rafael Advanced Systems and Tomer, a government owned defense company. The IDF’s Intelligence Corps and Air Force were directly involved in the satellite development.

The new satellite was put into orbit four years after Ofek 11, the first operational satellite in the series. Ofek 3 was launched on 5 April 2005. Its planned successor, Ofek 4 failed to reach orbit, but Ofek 5, launched on 22 May 2002 successfully deployed in orbit and continues to operate today. The iMOD announcement did not explain the whereabouts of Ofek 12 through 15.