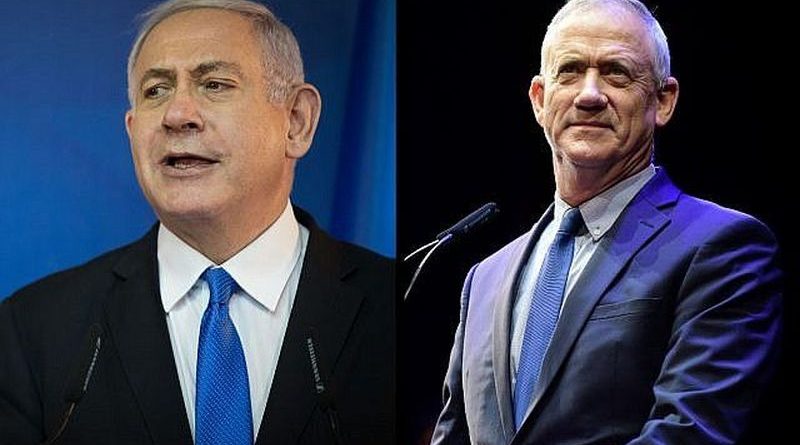 In the final weeks leading up to Israel’s third general election in a year, the Israeli voter has had his fill of cross-campaigning. With less than four weeks to go up until the March 2 vote, all efforts made by the rival parties and leaders to rouse public interest are falling flat – especially when the polls indicate that the same old deadlock which forced the coming election will prevail again.

Prime Minister Binyamin Netanyahu is working overtime for his Likud to capitalize on what may be his last weeks in office to wow the voter with spectacular diplomatic feats. He has chalked up a stunning balancing act as the only Israeli leader ever to draw warm friendship equally from the US and Russian presidents, while also developing the country’s first active relations with Arab leaders. Last week, he went on to break new ground with the Muslim rulers of Africa by pulling off the first meeting with Sudan’s transitional leader Abdel Fattah al-Burhan in the Ugandan capital of Entebbe.

None of these feats brought him standing ovations at home. Voters are stolidly refusing to be drawn by what they regarded as campaign stunts. Netanyahu’s chief rival, Benny Gantz of Kahol Lavan is not doing much better. He is no longer an exciting newcomer after twice failing to form a government and achieve his goal of unseating Netanyahu. A new poll shows that 60pc of Kahol Lavon voters want a unity government between the two main parties headed by Binyamin Netanyahu.

Although Gantz sounds like a broken record for hammering away at his everlasting campaign slogan that a leader about to fight three corruption charges in court is unfit to head a government, he is marginally improving his party’s numbers. Kahol Lavan expects to come out of the next election again as the largest party, trailed closely by Likud. Although Kahol Lavan has a collective leadership of four, including three generals, Benny Gantz has gained some stature by positioning himself above them in direct juxtaposition to the prime minister

The Likud campaign is falling back on its leader’s success in achieving a stable economy, full employment and constantly rising living standards, especially for the middle class. The trouble for this party is that none of the prime minister’s undoubted achievements are proving able to erase the trial pending against him on criminal charges – notwithstanding his insistence that the case against him was trumped up by his enemies in the legal system in a conspiracy against all right-wing politicians. That allegation has been turned against him by his opponents who accuse him of trying to undermine the forces of law and order.

Netanyahu tried claiming his right to immunity from prosecution in the outgoing Knesset and failed. He is expected to try again when the post-election Knesset takes its place.

Likud and Kahol Lavan have finally drawn the lines of their respective camps. Likud has consolidated the right-wing and religious factions, while Kahol Lavan has consumed a large part of the historic Labor party, whose remnants have coalesced with the far-left Meretz party. Both blocs pin their hopes on an as yet unidentified 300,000 give or take eligible voters, enough to swing the final results one way or the other. Most are former Likud supporters who reneged last September over their disenchantment with Netanyahu’s leadership. Likud campaigners believe that with the right tactics those votes can be recovered. Gantz’s party is eyeing the same group, in the belief that by appealing to the soft-right, his campaign can for the first time draw votes from the right-wing camp.

That group’s reaction to the blandishments from the two blocs is critical. If it decides to shun the ballot, the political system may remain frozen in place with an uncertain future. Neither is counting on the self-appointed kingmaker, Avigdor Lieberman of Yisrael Beteinu, who has bargained away his credibility.

The most realistic options at this point are:

1. One of the two main camps will gain a 61-mandate Knesset majority for forming a coalition government. Likud would harness its natural partners, the religious lists plus the right wing Yemina party headed by Defense Minister Naftali Bennett. Kahol Lavan may hope to rally centrist and left-wing factions for a minority government.

2. Benny Gantz would go for a majority government with the support of the United Israel Arab List, although the latter is deeply divided over participation. Another alternative would be for Gantz to win over religious factions after the election if Likud again proved unable to form a government.

3. Another attempt to form a unity government between Likud and Kahol Lavan, which failed last time. This idea seems highly remote for now, but the situation could change radically after the election results are in.