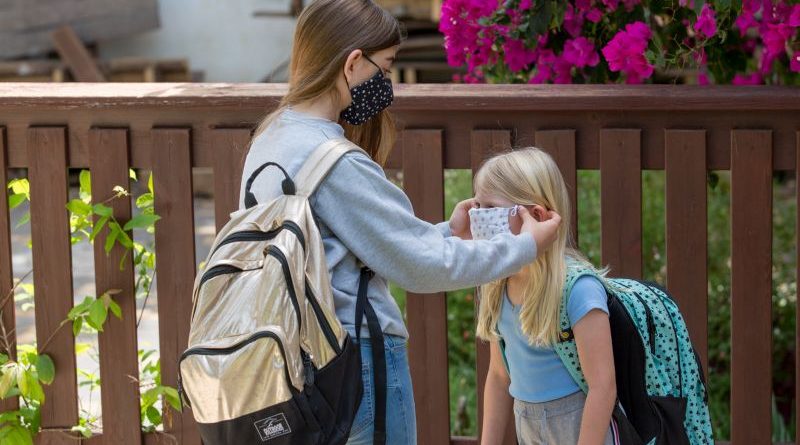 The 345,000 children of the 7-10 grades went back to school on Sunday, Dec. 6 after three months at home, thereby reopening all parts of Israel’s school system. Most classes take place in small groups, only part of the week and not at all in “red” regions. While pupils in the lowest grades spend five days a week in class, the higher grades receive only two or three days at school; the rest of their studies are imparted online.

The coronavirus cabinet meets later in the day for decisions on the rising level of infection, averaging more than 1,000 new cases per day in the past ten days. The Health Ministry has not set any dates for the widely predicted third lockdown, even during the eight-day Hanukkah (Feast of Lights) beginning on Friday, only urging celebrants to keep the occasion to household family members.

Of especial concern are the Israeli Arab regions. Members of this community are traveling extensively to Turkey, Greece, Cyprus and Bulgaria, where the pandemic is rife and avoiding mandatory quarantine on their return, so becoming a major source of spreading infection. The government is testing a new method for tracking quarantine offenders by texting. A decision is also expected on whether to halt the pilot scheme for the reopening of 15 shopping malls, or expand it to the full 200 countrwide as the Finance Ministry is demanding.

PM Binyamin Netanyahu did not include his Kahol Lavan coalition partners in the consultations he conducted prior to the cabinet meeting. They are not on speaking terms since last Wednesday, when Kahal Lavan led by Defense Minister Benny Gantz supported the opposition’s preliminary motion to dissolve the Knesset ahead of a new election.

The Health Ministry on Sunday said that 986 new cases of coronavirus were confirmed on Saturday out of 25,808 tests conducted, indicating a 3.9% positivity rate. Out of 548 people hospitalized for treatment, 329 are in serious condition with 85 of them on ventilators.  Deaths from the virus or complications rose by eight Saturday night and now total 2,909 since the start of the pandemic.

The Minister of Health Yuli Edelstein said he would be ready to take the first vaccine shot when Israel’s expanded deal with Moderna for the receipt to six million doses (double shots for 3 million people). The first batch is expected next month and the rest in the course of several more months.