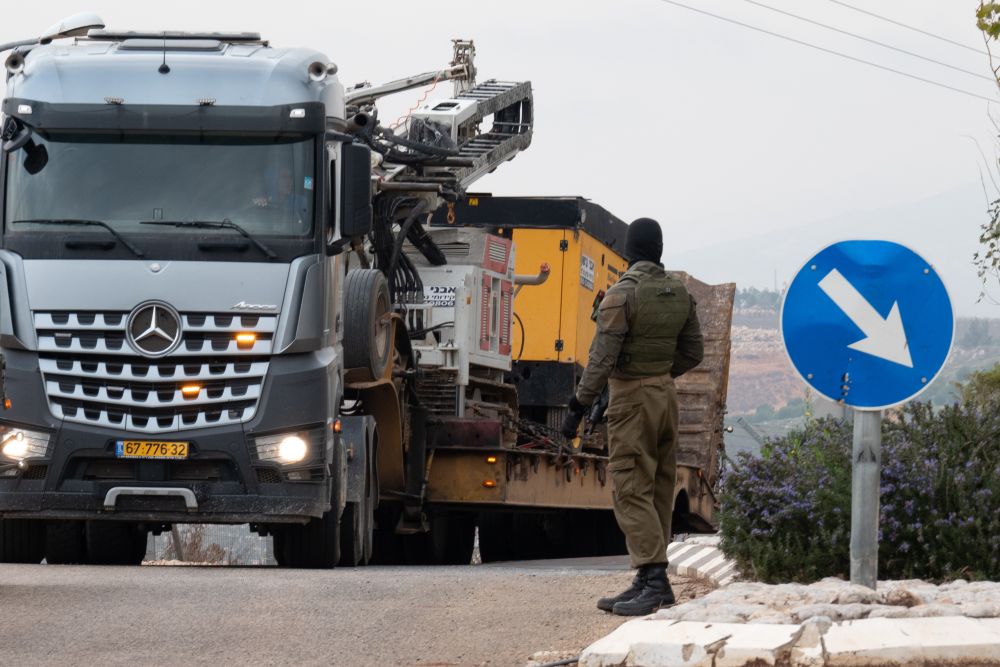 The Palestinian shooting attack which injured seven Israelis at the Ofra junction on Sunday, Dec. 9 was not an isolated incident.  In the north meanwhile, Israel’s Operation Northern Shield against Hizballah tunnels has become a cat and mouse game.

Hamas  had every reason to celebrate another effective terrorist attack in Judea and Samaria.  Since Israel allowed Qatar’s monthly installments of $15m to pass into Hamas hands in the Gaza Strip, a month, the rockets and incendiary balloons flying against Israeli communities in southern Israel are grounded. Assured of another four monthly cash installments, Hamas is free to focus on acquiring new rockets, digging new tunnels and setting up a new wave of violence in Judea and Samaria. It is not just directed against Israelis but has the collateral benefit for Hamas of jolting security in the Palestinian Authority, which is led by the rival Fatah group.

The IDF operation against Hizballah’s cross-border tunnels may also pay a price for its declining deterrent strength.  While the Netanyahu government and military officials trumpet the importance of then action for disabling the Iranian Lebanese proxy’s “tunnel weapon” – complete with revelations of the yet another tunnel unearthed, Hizballah’s propaganda machine has contrived to turn this picture on its head and feed its distorted take to the region’s Arab media.
Both show an IDF unit working on tunnels located by intelligence as running under the border into Israel, equipped with the latest military and high-tech equipment and vehicles, and backed by armored cars, Hemmers, drones and artillery. A UNIFIL is depicted heading towards the same point from the Lebanese side of the border. The UN commander then consults the Lebanese Army for a directive to determine the location of the border. The two forces stand practically nose to nose on either side and wait for word from Beirut.

Now picture becomes absurd. Like every other unit of the Lebanese army, its intelligence division’s mapping department takes its orders from Hizballah. So, while Israeli TV films Israeli soldiers painting blue the rocks marking the border, their correspondents omit to disclose  that the soldiers are marking out a “blue line” border dictated by Hizballah. Furthermore, a short distance away, hundreds of Lebanese villagers watch the scene, some of them laughing and pointing at the Israeli soldiers. Hizballah operatives are certainly part of these groups, since they have virtually moved in on all the Shiite villages of southern Lebanon in yet another violation of UNSC Res. 1701. Israeli troops are under strict orders not to react to any provocation.

The cat and mouse game went on Monday. The Lebanese army chief Gen. Joseph Aoun informed UNIFIL head. Maj. Gen. Stefano Del Col, that permission to inspect villages suspected of harboring tunnels may be granted – but only against the submission of the IDF’s plan of operation in detail! DEBKAfile’s military sources report

Hizballah’s upside-down picture has been relayed by TV stations of the Arab world during the six days since the Israeli operation was launched. It achieved the effect which Hizballah aimed for of a Lebanese David laughing in the face of the Israeli Goliath. With this propaganda success under his belt, Hizballah’s Hassan Nasrallah could afford to “decline comment” on the Israeli operation and quietly watch another assault on IDF deterrence.