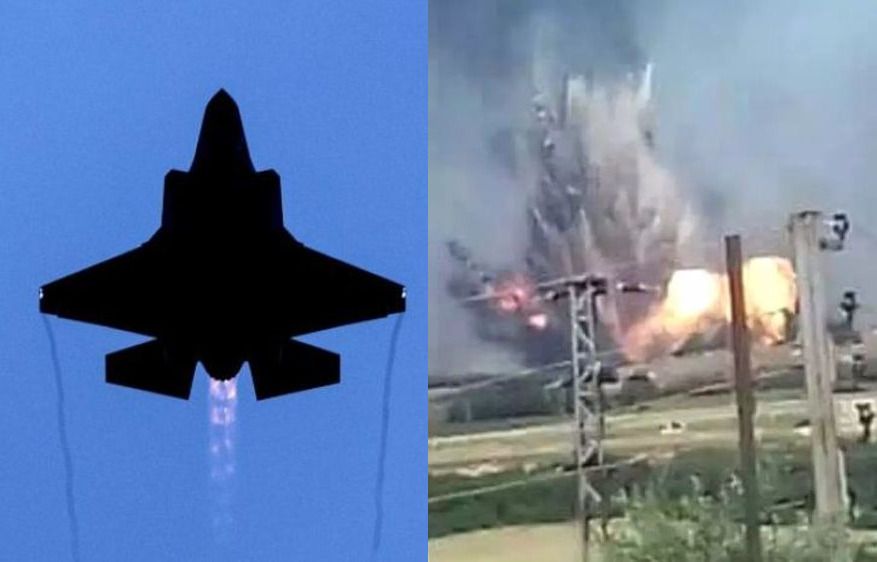 Israel is broadening the scope of its war on Iran and Hizballah in Syria to additional regions and even possibly outside its boundaries. Prime Minister Binyamin Netanyahu spelled this out at Israel’s weekly cabinet meeting on Sunday, May 27: “We are working to prevent Iran from obtaining nuclear weapons…against Iran’s consolidated military presence against us… and operating against the transfer of deadly weapons from Syria to Lebanon or their manufacture in Lebanon. All of these weapons are for use against the State of Israel and it is our right – based on the right of self-defense – to prevent their manufacture or transfer.”
A day earlier, the authoritative  Asharq Al-Awsat reported: ”Tel Aviv has informed Moscow about its decision to ‘expand the scope of its red lines’ in Syria by preventing Iran from consolidating its military presence and that of its militias, including Hezbollah, across all Syrian territories, and not just in the south.” This publication is linked to the Saudi royal house and when it cites “Western diplomatic sources,” it must be presumed to have checked with the Saudi strongman Crown Prince Muhammad bin Salman before going into print.
Israel’s military effort – usually unacknowledged – was confined hitherto to operations against Iranian bases, command centers and weapons deliveries in southern and central Syria, or against facilities shared by Hizballah and Iranian Revolutionary Guards units. All the signs, therefore, indicate that, henceforth, Israel’s operations are to be broadened in range up to the Syrian-Iraqi border and in the west up the Lebanese border, possibly impinging on Syria’s neighbors. This would tie in with the fact that Iranian forces in eastern Syria depend on fighting strength and supplies coming in from the pro-Iranian Shiite militias in Iraq, while in the west, they are heavily supported by Hizballah from Lebanon.

This shift marks the onset of the next stage of Israel’s military campaign for eradicating Iran’s military presence in Syria after the first four-month stage, which began in February, had run its course. This may never be acknowledged in full, but the fact is that IDF operation seriously disabled Iran’s deployments and command centers in areas ranging from around Damascus up to the Israeli border in the southeast, as well as knocking out Iranian radar and air defense capabilities. Extensive damage was also caused to important Iranian arms consignments of long-range Fatteh 330 surface missiles and advanced mobile anti-air Bavar-373 missiles, the Iran-made version of the Russian S-300. But still, Tehran has been able to preserve the backbone of its military command formations in Syria and they are fully operational.
The exact date for the next phase to begin is impossible to establish for sure. Maybe it already has, with the strike on the military airport near Hama on May 18, which was conducted by a ground force rather than the air; or the air strike on Friday, May 25, on Dabaa Military Airbase where Hizballah and foreign pro-Iranian militiamen were housed. Hizballah’s leader Hassan Nasrallah later accused Israeli warplanes of this attack. Neither Iran nor Hizballah appears yet to have decided how to come to grips with the second stage of the Israeli offensive in Syria – especially when their main backer, Moscow, has been put in the picture by Israel.