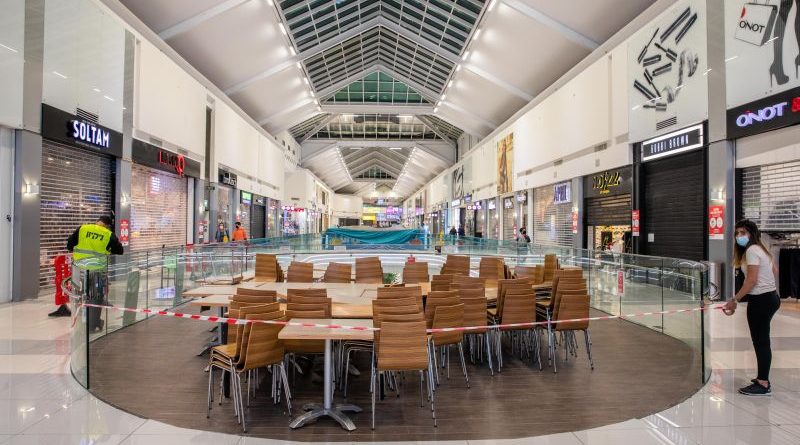 The two-week lockdown starting on Sunday, Dec. 27, at 5 p.m. may be extended for another fortnight unless infection drops steeply below 1,000 new cases a day and the R factor below one. All trade outlets will be shut down, including one-on-one facilities such as hairdressers, excepting supermarkets, pharmacies and restaurant home deliveries – no more takeaway. No entertainment or sporting or gyms may take place, only individual activities like jogging; public transport will be reduced by 50 percent. People may move only 1,000 meters outside their homes home and visits to other homes barred.

These measures were agreed after the coronavirus director Prof. Nahum Ash warned that, without an immediate lockdown, Israel’s covid death toll would quickly jump by 3,000 to a total of more than 6,000. The discovery that the highly contagious British mutation had infiltrated the country was another spur to the ministers to hurry up and make decisions.

After hours of debate, the ministers led by PM Binyamin Netanyahu, alternative PM Benny Gantz finally reached compromise agreements in the small hours of Wednesday night. Most significantly, whereas the health ministry demanded a total shutdown of all schools, it was finally agreed to allow preschools, 1-4 grades and 11-12 grades to attend class up until 1 p.m. and special programs to carry on as usual.

The “green islands” program for hotels in the popular resort areas of Eilat and the Dead Sea was suspended.

Three of the four mutant virus strains discovered in tests were identified in travelers who arrived from the UK this week, all of them confined to state-run quarantine hotels. The fourth however, was found in a non-traveler, raising concerns that the variant was already present in the country undiscovered. The general assumption by specialists is that the covid vaccine, with which a world-record 140,000 Israelis had been inoculated since the vaccination program kicked off on Sunday, covers the mutant strains. Their symptoms appear initially to be milder than the original version of the virus.

All Israelis returning from overseas are being sent to the special hotels for at least 12 days of quarantine.

Christmas worship on the different dates of the Christian calendar has been restricted in numbers. The western churches’ date of Dec. 25 came ahead of the lockdown. But the Orthodox communities following the Julian calendar will celebrate the festival on Jan. 7

The lockdown was announced as the average number of new daily infections jumped past 3,000 in the past week, possibly boosted by the highly transmissible variants of the virus. On Wednesday, 3,805 new cases were confirmed, and the number of seriously ill patients in hospitals jumped to 497 including 117 on ventilators. A total of 3,150 deaths from the pandemic have been registered.

The sick funds have, after initial disorganization, begun to streamline their vaccination systems and hope to finish the immunization program for its first recipients, namely, medical staff, high-risk and elderly people, by the end of the week. By midweek, they were reaching them with dates by automated messaging. Next week, it is hoped to start top-speed, 24/7 bulk vaccinations for the general public. Dep. Health Minister Yoav Kish said on Thursday that the goal is to have the entire population (9 million) inoculated in five weeks. Success may make this Israel’s last coronavirus lockdown.