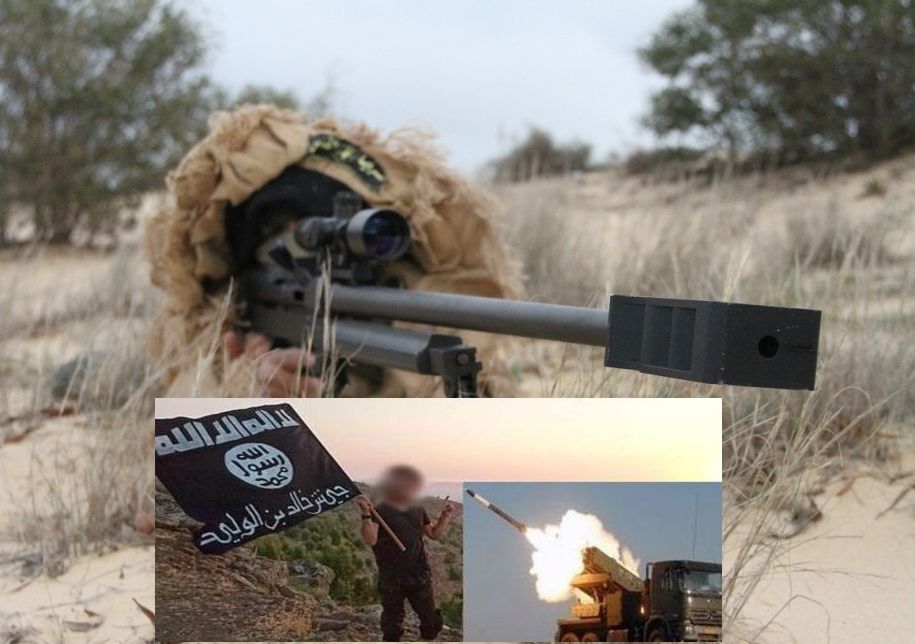 The surreal effect of the latest happenings on Israel’s Gaza and northern fronts is caused by at least six cooks stirring two volatile broths, of which the IDF is the least pro-active. Because the IDF was not alert to a new threat after Sgt. Aviv Levy was killed by a sniper last Friday, a second officer, a 21-year old field commander of the same Givati Brigade , was injured on Wednesday, July 25, in the same Kissufim sector, by a Hamas sniper bullet, The soldiers were drawn by a gang of unruly children at the border fence and when they approached to send them home. The sniper lurking in the background targeted the officer. The IDF reacted with an assorted array of jets, drones, tanks and artillery against 7 Hamas positions. Also activated were communications with Gen. Abbas Kemal, director of Egyptian intelligence, in a bid to hold off the inevitable Hamas rocket assault. The familiar ritual then evolved: Hamas launched 9 rockets and mortar rounds against the next-door Israeli communities and Hof Ashkelon, one was intercepted by Iron Dome – and the latest of umpteen similar rounds was over, the point being that the initiative for the next round remained squarely n the hands of the Palestinian terrorist group,

Hamas’ strategists had meanwhile calculated that snipers constituted an inexpensive weapon in terms of cost to pocket and life, much like balloon bombs and kites; only three of its operatives were killed this time round, and Israeli strikes were still targeting empty Hamas compounds. The Palestinian terrorists found that they can keep large parts of the southern Israeli population under siege long-term by these primitive tactics at little cost to themselves, while also picking off at leisure IDF officers by luring them to the border fence.
The equation on the northern front is complicated by the number of cooks and wildly fluctuating equations. The IDF’s air defense system evidently needs more work, as was illustrated by its non-response to the landing of two ground-to-ground Grad rockets in the Sea of Galilee on Wednesday, July 25, at peak holiday season. They were fired from the Syrian-Israeli-Jordanian border intersection 8 km away. Sirens were triggered over the lake and the Golan only after one of the rockets exploded in the water near the eastern shore. By a miracle, no one was hurt. IDF air defense missile systems missed them two days after two missiles of Israel’s innovative David’s Sling failed to connect with Syrian SS-21 surface missiles flying from eastern Syria towards the Golan.  Still, the next day, Patriot batteries were effective in shooting down a Syrian Sukhoi-24 two kilometers inside Israel, after downing a Syrian drone.
The Grads which dropped into the Kinneret were fired by the Khalid Ibn Walid branch of ISIS, which is being hammered by Syrian and pro-Iranian allied forces in a pocket they have held for years near the Yarmuk inside the border intersection just across from Israel.

This ruse was staged to lure the IDF into pinning the blame on, and attacking, the Syrian army, and so drawing off the counter-ISIS assault. The ruse did not work. The IDF identified ISIS as the source of the rocket fire and struck back, after refraining for years to attacking them. For this, the IDF drew praise from an unexpected source. The Russian defense ministry said that a strike on Israeli territory on Wednesday was made from Daesh positions and that the response from Israel had hit terrorists’ missile launchers in Quneitra. The ministry expressed gratitude to the Israeli Defense Forces for the counterattack. “Russian armed forces’ command in Syria used the existing communication channels to thank the IDF leadership for killing terrorists and stopping a massive provocation,” the ministry said in a statement.

However, DEBKAfile’s military sources point to the surreal consequence for Israel of the IDF’s counter-ISIS operation. It enabled Syrian, Hizballah and other pro-Iranian forces to capture the terrorist enclave and reach a point close to the Sea of Galilee. What’s wrong with that equation?