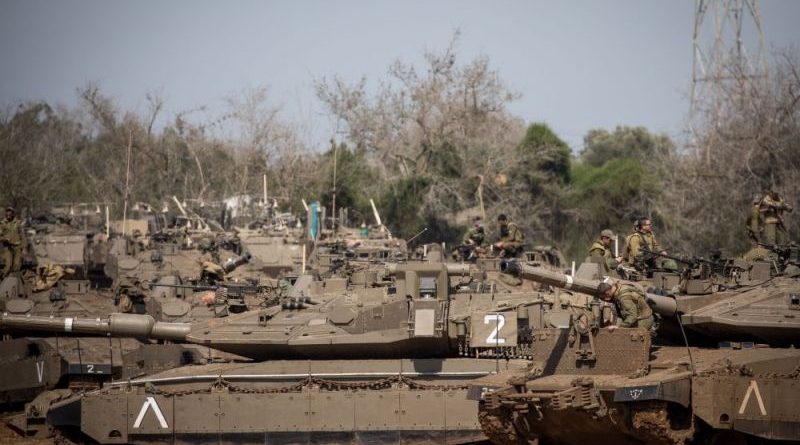 For three years, Israel’s armed forces have been waging an unacknowledged armed contest against Iran and its allies, chiefly the Lebanese Shiite Hizballah. While less than full-scale war, this campaign is unrelenting and persistent – “a war between wars” in Israeli military parlance. It is meant to degrade Iran’s capacity for aggression and that of its allies by means of short, sharp operations. They include targeted assassinations, air strikes, cyberwar and clandestine actions by special forces and Mossad combat units behind enemy lines or deep inside hostile territory.

Iran’s removal from Israel’s northern border is the refrain that encapsulates Israel’s policy objective. Otherwise, Israel’s officials have refrained from acknowledging actual operations or providing detailed information until recent months, when scraps of information began to see the light of day.

1. A boost in the frequency of IDF attacks on Iran and its proxies in Syria to the level of near full-scale war. They recur every few days, whether in Syria, Iraq or Lebanon, and are coupled with strikes on terrorist targets like the Palestinian Hamas and Islamic Jihad in the Gaza Strip. This intensity ramps the contest up undeniably to a major conflict in every sense.

2. When Israeli spokesmen held back from acknowledging such attacks or releasing details, Iran, Hizballah and Syria stepped in to fill in the gaps.

3. From November, American forces in the Middle East began joining Israel in its clandestine warfare against Iran, and the US air force started bombing the sites of the Iranian Revolutionary Guards Al Qods Brigades and their Iraqi Shiite militia pawns.

4. Israel’s military planners sense time is running out. After years of non-response for Israel’s raids, Iran may now be building up for a major military showdown. They fear that its magnitude is liable to catch Israel and its population unprepared logistically and mentally. In the view of IDF chief of staff Lt. Gen. Aviv Kochavi, it is time to bring the conflict with Iran out of its ambiguous shadows and prepare the population for the worst.

This sense infused the statements made in the past few days by Kochavi and Air Force Commander Maj. Gen. Amikam Nurkin.

On Dec. 25, the IDF commander said that, while a direct confrontation with Iran “was “unlikely,” Israel is nevertheless “making preparations” and must continue to get rid of Iranian weaponry in Syria. “Iran is the immediate enemy,” he stressed. With regard to precise missiles, Kochavi commented, “When available technology gets together with extremist elements and enemies, there is no need of a supportive military industry or a superpower to lay hands on GPS or cyber hacking systems. Missiles too may be fitted with a precision guidance capacity.”

He went on to disclose that Iran is under the radar manufacturing hundreds of these missiles for reaching Israel. Its arms industry is bigger than Israel’s, he said, and stressed: “We mustn’t let our enemy acquire this capability even though at times we may edge close to a confrontation.”

Implicit in Kochavi’s comments, says DEBKA Weekly, is the admission that Israel’s armed forces have only dealt partially with those missiles and they continue to pose a major threat to Israel’s security.

On a pessimistic note, he said, “All the fronts around us are active. In recent months, not a single front posed less than two war alerts apiece. “Weapons flow in freely from Iraq and we can’t let this go on unopposed. Al Qods and Hizballah hold fast in Syria and Iranian tentacles have reached the Gaza Strip.”

On Dec. 31, Air Force Chief Nurkin had this to say: “Our air squadrons are on around-the-clock alert and ready for take-off at any moment. Our air and missile defense batteries stand ready at all times to repel missile attacks by Iran and its allies.” The air force chief also revealed: “We have been taking down weapons heading for the region; they are gamechangers that are designed to threaten us.” Elaborating on this, Gen. Nurkin noted: “We hit the crates [of GPS Kits and GPS Trackers] while they were still at the airfield. We have been striking those deliveries as well as underground facilities that are buried 25m below the surface.”

DEBKA Weekly’s military sources account for the uncharacteristically frank comments by the two Israeli generals by a dual purpose. One is to wake the public up to the potential peril; the other addresses the skepticism voiced by a number of influential senior officers regarding the efficacy of the current strategy for yielding the desired results.

These skeptics maintain that the “war between wars” has failed to deter Iran from continuing to build up its tools of aggression in Iraq, Syria and Lebanon. The flow of missiles to Its Iraqi Shiite proxies comes on top of Hizballah’s stockpile, regardless of Israel’s still selective swipes for halting their upgrade as precision weapons. The contest of stubbornness between Iran and Israel is stuck at a no-win score. It is therefore time to up the game and go for a major pre-emptive offensive against Iran and Hizballah. As matters stand today, say the skeptics, Israel has just two options:

(a) A comprehensive operation for bringing to a stop the constantly escalating Iranian missile threat around Israel’s borders.

(b) Boosting its defensive shield with a massive increment of anti-missile systems, the cost of which in funds and manpower is way beyond Israel’s capacity.

The skeptics point to two Israeli pre-emptive war operations that worked well in the past: In 1981, the IDF destroyed the nuclear reactor Saddam Hussein was building outside Baghdad; and in 2007, the IDF demolished the Iranian-North Korean plutonium plant going up in Deir ez-Zour in eastern Syria. The trouble is that Jerusalem is currently at sixes and sevens. Israel’s leaders are plunged deep in their third election campaign in a year ahead of the March 3 vote. The caretaker government in charge is in no shape for weighty strategic decisions.