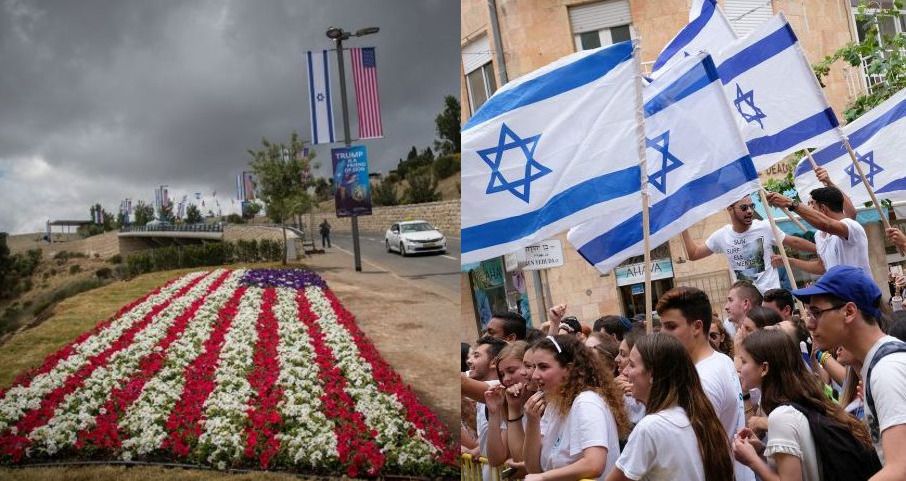 The formal dedication of the US embassy in Jerusalem Monday, May 13, is the centerpiece of Jerusalem’s 51st anniversary celebrations. The delegation here for the event is headed by deputy secretary of state John Sullivan and includes President Donald Trump’s daughter Ivanka Trump and her husband Jared Kushner, along with Treasury Secretary Steve Mnuchin and 12 members of Congress.

Israel marked the anniversary Sunday with a festive cabinet meeting at the Bible Museum in Jerusalem. The ministers allocated NIS2 billion (app. $800,000) for a five-year program to improve the school system in East Jerusalem and adjust it to the Israeli curriculum. Two state memorial ceremonies came next. On Mt. Herzl, Ethiopian Jews who died during their perilous journey to the holy land were remembered and and tribute was paid to the fallen men and women who fought in the Six Day War. During the afternoon, tens of thousands were to take part in the traditional flag parade through the streets of Jerusalem, the Old City up to its finale at the Western Wall.

The official US embassy dedication ceremony Monday takes place at the US Consulate’s visa section in Jerusalem’s Arnona neighborhood – which will then officially become the US Embassy. About 30 of the 86 ambassadors accredited to Israel accepted the invitation to the Foreign Ministry gala reception for the US delegation Sunday evening in Jerusalem. Most European Union ambassadors are boycotting the party, excepting Hungary, the Czech Republic, Austria and Romania, whose envoys will be there in defiance of Brussels, which takes strong exception to the US move. The Russian, Egyptian and Mexican ambassadors are not expected to attend. Guatemala and Paraguay have both promised to move their embassies to Jerusalem.

The streets of Jerusalem are decked with American and Israeli flags. The most important US and European television networks have sent over special crews for live coverage of the occasion. Needless to say, security and police contingents have been heavily reinforced to safeguard all these events.