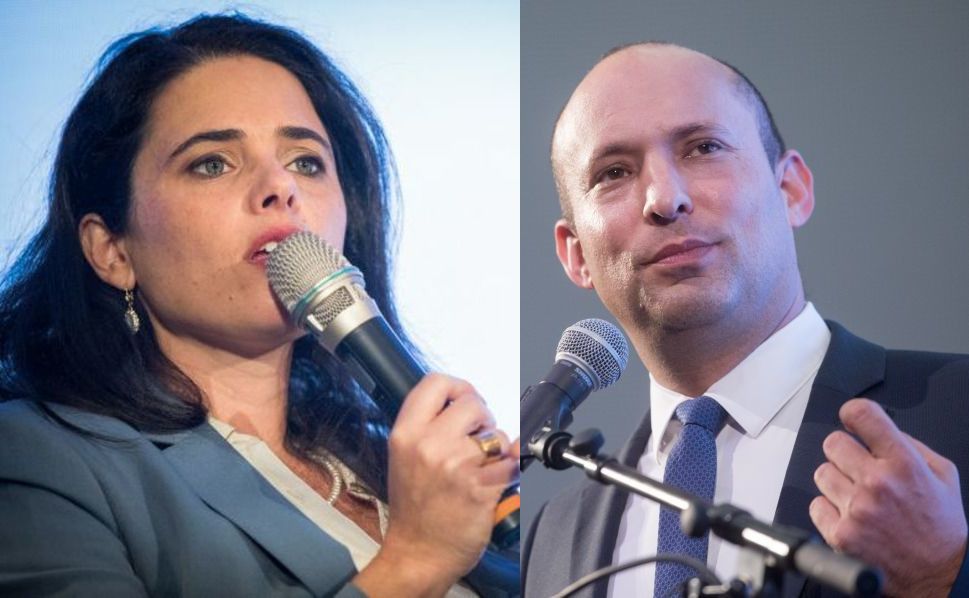 Education and Justice Ministers, Naftali Bennett and Ayelet Shaked surprised Monday, Nov. 19, by announcing that their Jewish Home party would stay in the government if Prime Minister Binyamin Netanyahu stood by his pledge to reverse the “hesitant and stammering” security policy of the last decade, and switch to a “creative, proactive course for leading the country to victory.” The two ministers spoke at a special news conference they called in the Knesset, at which they were widely predicted to announce their resignations.

“For the past decade, our soldiers have been held back by one constraint after another and taught to fear the military prosecutor more than the enemy,” Bennett said in a detailed indictment of the Netanyahu government’s security policy. “Hamas and Hizballah became more brazen day by day because they sensed our fear, whereas our enemies no longer feared us,” Bennett said. However, if Netanyahu’s pledge to change course was serious, Jewish Home would not desert the ship of government, but support him as defense minister unconditionally. “The state of Israel is too precious for us to walk away without this test.”

Shaked accused Avigdor Lieberman of handing Hamas a prize by his resignation as defense minister last week, leaving the government with a minuscule majority. “We won’t give the terrorists another gift by running out on the government,” she said. “The Middle East is watching us.” It was evident that the prime minister had pulled the two ministers back from quitting, by assuring them that a security operation “was still unfinished” and their resignations now would be “irresponsible” in national terms.

This development has terminated the government crisis triggered last week by Lieberman’s resignation. Israel’s next move in the Gaza Strip is now tensely awaited. The Palestinian Hamas and Islamic Jihad terrorists ruling the Gaza Strip, who were already celebrating their success in maneuvering Israel into pre-election mode, must now prepare for Israel’s next military operation.